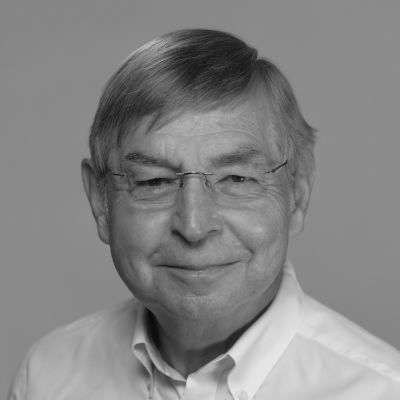 As a seasoned scientist, engineer, manager and industry leader with over 40 years of hands on operational experience, Peter has been involved in the solution of complex problems, the creation and deployment of new technologies, products and management systems. These have seen the transformation of services, products and management in companies, corporations and governments globally.

At British Telecom Peter progressed from Research Engineer to Head of Research and on to CTO with an operational budget of £100M and investment oversight of £5.5Bn. At BTLabs he built a 1000 strong engaged in the study, design and deployment of optical fibre undersea and terrestrial systems, fixed, mobile and mesh networks, complex operating systems, human interface design, Wearables, eCommerce, eLogistics, Artificial Life, AI, Econometrics and people behaviours.

On leaving BT in 2000 he founded his own consultancy company to address the problems of Fortune 500 companies.  He was also employed advisor in the defence, logistics, travel, retail, energy, healthcare, pharma, transport, aerospace, super-computing, telecom and forecasting sectors. As an entrepreneur he has operated as a business angel and venture capitalist involving numerous funds and start-ups in the USA, Israel and the UK.  Most notably these saw eBookers and Shazam Entertainment achieve leading positions in their respective industries.

Peter’s history as a part time educator, student sponsor, mentor, MSc and PhD supervisor now spans over 40 years, and he is currently engaged as a Visiting Professor to Hertfordshire, Salford, and Nottingham Trent Universities in the arena of complexity. Since 2016 he has also been a Visiting Professor to the UoS where he transited to a member of staff in 2020. This move of career focus to higher education comes after decades in industry and fulfils a long held promise to ‘pay back’ a debt of gratitude to the many academics responsible for educating and empowering him for life!

As a graduate of Nottingham Trent and Essex Universities Peter holds a First Class Honours Degree in Electrical Engineering, an MSc in Telecommunications, a PhD in High Speed Digital Transmission and a DSc in Complex Systems. And as an industry innovator and leader he has received notable recognition with the Queen's Award for Innovation & Export in 1990, The James  Clerk Maxwell Memorial Medal in 1995, The Prince Philip Medal in 1998, an OBE in 1999, and The IEEE Millennium Medal in 2000. In 1988 Peter was also appointed the UK’s first Prof for the Public Understanding of Science & Technology at Bristol University and received Honorary Doctorates from Essex, Robert Gordon, Stafford, Abertay Dundee, Stafford, Nottingham Trent and Brunel Universities.

Peter is widely published in the public and professional media with over 1300 contributions including numerous books and book chapters.  He is also a regular contributor to broadcast radio and TV and has delivered lectures and presentations for governments, industry and academia on every continent including major events in Russia, China, South America, North America & the EU.