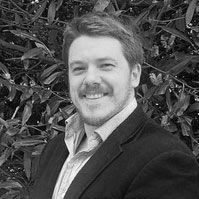 Dr Jonathan Kasstan is Visiting Senior Fellow in Linguistics at the University of Suffolk and a Teaching Fellow in Sociolinguistics at Queen Mary University of London. He holds an M.Phil from the University of Cambridge and a PhD from Kent University. His M.Phil thesis examined phonological levelling and lexical erosion in Francoprovençal, a regional language spoken in parts of France, Switzerland and Italy. His doctoral thesis explored language variation and change in Francoprovençal and processes of linguistic change in obsolescent dialect communities. His main research interests concern the regional languages of France and language death theory and, more broadly, phonetics and phonology.

From 2011-2014, Jonathan worked as a Graduate Teaching Assistant at the University of Kent and taught courses in phonetics, phonology, sociolinguistics, and syntax. In 2014-2015, he held the posts of Associate Lecturer in the Department of French (University of Kent) and Maître de languein the Département du monde anglophone (Université Sorbonne Nouvelle – Paris 3) simultaneously. In these roles he taught introductory linguistic theory and courses in applied phonology. He now teaches sociolinguistics at Queen Mary and holds the post of Visiting Senior Fellow in Linguistics in the Department of Arts and Humanities at University Campus Suffolk.

Jonathan is the Co-editor of Cahiers, a web-based journal published in addition to the journal of the Association for French Language Studies (AFLS). He is Secretary to the Student Committee for the Linguistics Association of Great Britain (LAGB) and a member of the Cambridge Endangered Languages and Cultures Group (CELC). He is also a member of the Standard Language Ideology in Contemporary Europe network (SLICE). He has a number of publications across journals and edited volumes and has presented his work at a range of international events. In 2016 he will act as a colloquium organiser for Sociolinguistics Symposium 21, Europe’s premier international conference on language in society, held at the University of Murcia in Spain.