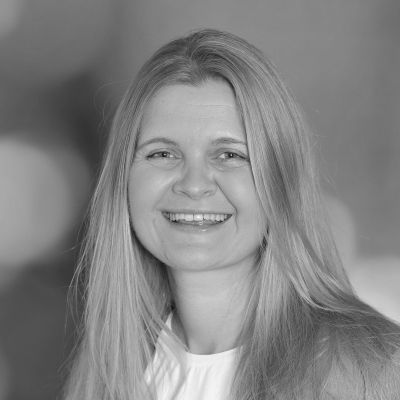 School of Social Science and Humanities

Bernadetta is a very well-qualified sociologist, cultural anthropologist, research methodologist and educationalist. Bernadetta completed her Doctorate in Sociology at City, University of London (PhD) which was accredited by the Economic and Social Research Council (ESRC). Her research focused on migration, gender and sexualities and resulted in a number of publications. She also has Master and Bachelor level qualifications in Sociology and Research Methods (MA, MSc) and Cultural Anthropology (BA and MA). She also is a Fellow of the Higher Education Academy.

Bernadetta has also been an active social researcher with extensive experience of working on various research projects at higher education institutions (including the University of Westminster and Middlesex University), the Scottish Government and other non-governmental organisations, such as the Breast Cancer Care Charity. She has been involved in research surrounding ethnicity and migration, employment, equality and diversity policies, evaluation of the judicial system, religion, and social networks. Some projects were of academic nature whilst others were commissioned by public body organizations including the UK Government or the Scottish Government.

Bernadetta’s primary research interests lie in migration, ‘race’, ethnicity, gender and sexualities, as well as religion and spirituality in the contemporary world. She is also interested in education and work-based learning as well as employment, rights and discrimination. Bernadetta has also focused on developing graduate employability. She has also worked on developing various research methods involving the use of internet. Her most recent research has focused on the issues of offensive speech in the workplace, as well as, violence against women.

Siara, B. (2014). Body as gendered and sexualised and recent migration of Poles to the United Kingdom, In: Tsolidis, G. (ed.) Migration, diaspora and identity. London: Springer (blind peer reviewed)

Siara, B. (2012). Religious influences in views on abortion and homosexuality in the migration context, In: Nynas, P., Kam-Tuck Yip, A. (eds) Religion, Gender and Sexuality in Everyday Life. Farnham: Ashgate.

Siara, B. (2009). UK Poles and the Negotiation of Gender and Ethnic Identity in Cyberspace, In: Burrell K. (ed.) Polish Migration to the UK in the “New” European Union: After 2004. Aldershot: Ashgate.

Siara, B. (2004). Cultural Otherness in the Adaptation Process: The case of Tibetans in London, In: Nawracka, M. (ed.) The Imperative of Otherness. Warsaw University Press: Warsaw. (peer reviewed)