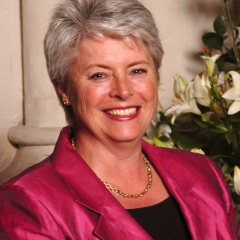 In 1979, Dr Ann Williams started work at West Suffolk College (WSC) as a part time lecturer whilst continuing to work on the completion of her Ph.D. in Parasitology, which she was subsequently awarded in 1980.

During her time at WSC her job role changed from full time lecturer, programme leader, Head of Department and in 1989 Vice Principal Curriculum Quality and Student Affairs.

In 2002 Ann was appointed Principal a role she held for a period of eleven years until her retirement in 2013. During this period West Suffolk College grew significantly in student numbers and financial turnover. The campus was transformed, with several new buildings and the refurbishment of others. The Ofsted curriculum inspections were excellent with increasing students entering higher education.

Ann was an early supporter of the development of the University, and a founding member of the Board, representing the participating Colleges. Ann believed in local access to Higher Education and the need to grow graduate employment in Suffolk.