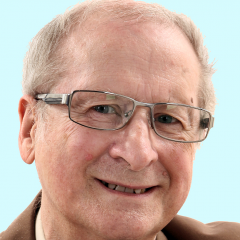 David Parlett is an internationally recognised games inventor, writer, consultant and historian, having started inventing in his teens.

After a short career as a French teacher and a technical journalist, he started reviewing and writing about games for Games & Puzzles magazine and writing books on games.

In 1979 his first published game Hare & Tortoise won the first ever German ‘Game of the Year’ award. He soon became a freelance games inventor and consultant, devoting more time to the study of games history and culture.

He has been inducted into the Games Expo Hall of Fame for his writings and received the Dau Barcelona award for his ‘lifetime’s contribution to the culture of games’.

He is an active member of the International Board Games Studies Association and in 2016 was appointed Visiting Professor in Games Design at the University, where he gives presentations and runs workshops on all aspects of non-digital games.