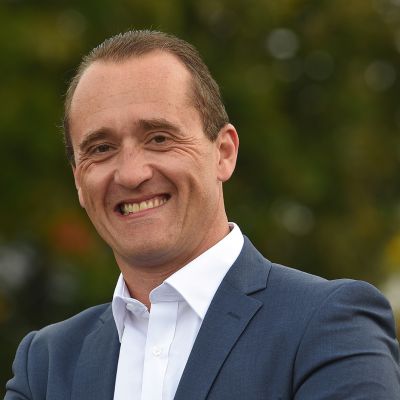 Daemmon Reeve joined Treatt, a Bury St Edmunds-based global flavour and fragrance ingredients manufacturer as a Laboratory Assistant in 1991. Over the course of his career, he gained extensive industry experience rising through the ranks across the technical, operational, sales and purchasing departments before he was appointed CEO of Treatt USA in 2010. Just two years later, Daemmon was appointed Group CEO and set the business on a new course that would see a sustained growth trajectory for the business.

Daemmon has been a driving force shaping a culture that has resulted in Treatt’s share price increasing by some 500% over the seven years he has been group CEO. He is a passionate advocate for employee engagement, actively encouraging important drives to support colleagues such as wellbeing. He believes people are the biggest asset to the business and results are the output of the engaged and talented colleagues at Treatt.

Daemmon has also been personally involved with a number
of community projects and encourages employees to do
the same.

Last year, Treatt gained ‘Platinum accreditation for Best Employers in the Eastern Region 2018’ and ‘Best Manufacturing Employer in the Eastern region 2018’. Daemmon was also recognised as one of ‘The 100 Faces of a Vibrant Economy - Grant Thornton 2018.’ Daemmon is a passionate ambassador for Invest in Suffolk as well as a Patron of heart support charity, Upbeat Heart Support Group.

Next year, Daemmon will oversee the biggest change in the company’s recent history as the UK site relocates to a purpose-built centre of technical excellence. The new environment will provide an upbeat and modern working facility for its employees, as well as a key investment for Treatt’s future growth.