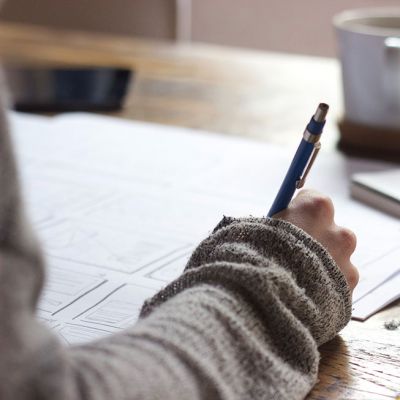 I decided during my A Levels that I would study Law, but I didn't know what I wanted to do later. I didn’t get into my first choice university, but I did get my insurance, but that was too close to home for me and I wanted to move away. I looked at the list of universities on clearing and came across the University of Suffolk.

I rejected my choices but I still wanted to go to university. I was offered a place here when I called up, but I thought I would take a week or two to think about it, so if I didn’t like it, I could always change my mind. Within a week, I was down here looking at the University for the Clearing open day.

It was a really sunny day and everyone was out on the waterfront, which really sold it to me. I came in with a list of questions for the lecturer on the Law stand and stood with him for half an hour asking all these questions. He really put my mind at ease, and then I met the President and Vice President of the Students' Union who were really nice and I thought I’m going to be really happy here. So I stuck to my decision.

Applying through Clearing was really easy, I wasn’t stressed about it. I got the email through saying I hadn’t met my first choice, and that was fine because I had mentally prepared myself for that. Clearing really wasn’t as stressful as people make it out to be.

The size of the classes was a big thing for me. I talked to people who are doing Law at other universities, and they have 200 people in their lectures. I’m not saying that they don’t get support, but it’s not as personal. The classes are smaller here and we’re offered work experience, so I spent Easter shadowing a judge at Ipswich Crown Court. You get so many more opportunities being at a smaller university.

If you're going through Clearing, I would say don’t worry about it. It’s not the end of the world at all!

Find out more about clearing