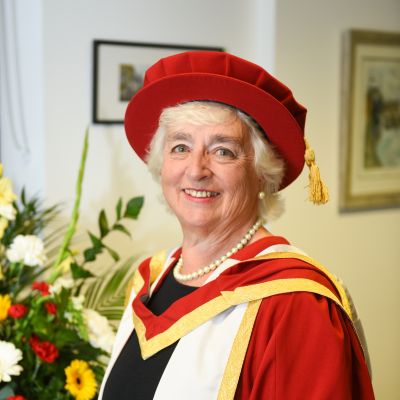 Born and raised in Colchester, Celia’s first job in the sixties, was as assistant to a ballet and theatre photographer in London. She has retained a passion for the performing arts ever since and spent 15 years assisting her sister to run a small ballet school in Colchester. In 1984 she organised Colchester’s first Fun Run in aid of the British Lung Foundation, and subsequently became their National Chairman of fundraising. Celia was responsible for a number of high-profile theatrical events attended by their patron, Diana, Princess of Wales.

Alongside her fundraising work, Celia was appointed a Magistrate in Essex and eventually took up a leading role as Chairman of the Magistrates Court Committee for the County, the body responsible for the governance of the Magistracy and its business. During this period, she fronted a campaign to provide new fit-for-purpose Court buildings in the County and was appointed to the National Governing body for Magistrates Courts. For this work she won a Public Servant of the Year Award.

In 2006 she joined the Council of the University of Essex, eventually becoming its Treasurer. That in turn led to her membership of the Board of the then University Campus Suffolk, where she discovered her passion for the organisation. She was privileged to play a part in the achievement of it gaining full University status and delighted to receive an O.B.E. from HM the Queen, recognising 30 years of voluntary contribution to Higher Education and the communities of Essex and Suffolk.