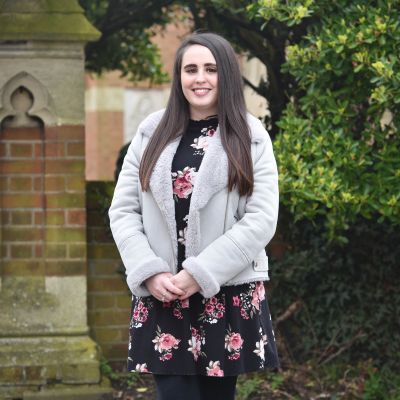 Since graduating, I’ve been working in homeless prevention helping people from all different walks of life, from victims of domestic abuse to people suffering with mental health problems and addictions. It’s very different to my photography degree. I was volunteering at a homeless shelter in my third year, just before I was given the devastating news (two weeks prior to Christmas) that my younger brother had passed away.

Being a final year student, planning for your degree show and writing a dissertation was overwhelming enough, but to hear that news felt like the world had come crashing down. I felt a million miles away from my family and remember at the time contemplating to myself, do I carry on or do I go home and support my family? This was one of the hardest decisions to make, but my decision was to do both.

I wasn’t sure whether to go back to the homeless shelter because I felt like I was in an emotionally vulnerable place myself, but I remember having a conversation with my mum and she said, ‘look, you can’t change our situation but you can change somebody else’s’. So I went back and I have since realised on reflection that this, along with my degree, acted as a coping mechanism for me. I felt like I was making a difference to other people’s lives.

The work I made during my degree focused on the loss of my brother. He came down to the interview day with me when I got accepted on the course, so I started this experience with my brother and I wanted to end it with him too. I had kept all my tissues and I enlarged them by putting them in a scanner – they looked almost sculptural and you could even see makeup and eyelash marks on them. When I put my work up on the walls, it was quite an overwhelming feeling because it felt like I was coming to terms with what happened and so publicly too. Where I couldn’t communicate how I was feeling, I was communicating through my work.

It received an amazing response from people, some who had been through a similar situation and even those who hadn’t. My willpower to carry on and support my peers landed me the Student of the Year award, and months later I received a first class BA Honours in Photography. I never in a million years thought that it would be possible after all the turmoil I had been through.

Although there were good days and bad days, I learned to value my efforts more than my expectations. I hope my story inspires people who may have found themselves in a similar situation to never give up hope, because every flower has to grow through dirt before it blossoms.