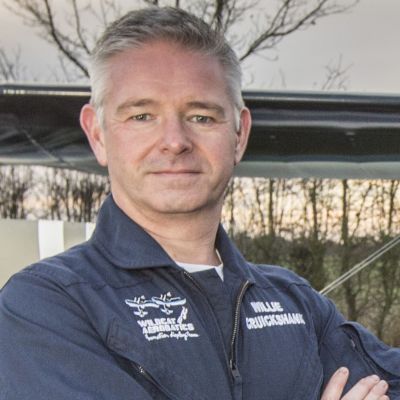 Willie Cruickshank spent 26 years as a fighter pilot in the Royal Air Force before leaving the service, moving in to the health & care sector and establishing the Norfolk Health Innovation & Education Cluster in 2010. Although, as Director of the Norfolk & Suffolk Dementia Alliance, he has specialized in the field of dementia care and is a member of the Prime Ministers Champion Group on Dementia, he has also been involved in developing and delivering educational programmes, resources and applications designed to support the Harm Free Care agenda and has been involved in the East of England Patient Safety Collaborative Faculty since its inception.

Safety in aviation has often been compared with safety in healthcare and Willie is a firm believer that there are still lessons that healthcare could learn from aviation in terms of safety management, marginal gains and the reduction of harm. He now works with the Norfolk based healthcare consultancy firm Careology Ltd.

Flying has been a passion for Willie since he was a child and he gained his pilot’s licence at 17 - before he had even passed his driving test. He joined the RAF at 18 and spent his early years a navigator on Cold war nuclear bombers before becoming a pilot flying the Jaguar single-seat fighter. He has flown over 4000 hours and seen operational service in the Balkans, Iraq and Afghanistan with over 100 combat missions. He is a qualified combat, survival and weapons instructor and served as an RAF Top Gun instructor for 5 years. He has been responsible for supervising flying operations and overseeing flight safety at every level of the flight safety tree including squadron command and a period with the US Air Force as the Chief of Coalition Combat Operations in the Middle East and Afghanistan. Willie now flies with Wildcat Aerobatics as a formation aerobatic pilot on the European Air Display circuit.