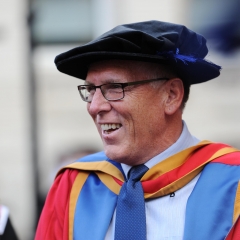 Brian is a founder and current Chief Executive of Iceni.

Having worked in the charitable sector since 1990 his role has constantly changed over the years, however, he remains passionate about supporting people who struggle with addiction and that they are still worth fighting for despite their flaws.   The philosophy he introduced to Iceni was "To not judge a person by their past if they are making an honest attempt to change. After all, they are they are simply humans who have made mistakes, need help and compassion, not judgment, castigation and isolation." He has never lost sight of and remains steadfast in maintaining the independence and values of the organisation.

Having accrued a number of formal qualifications over the years he does, however; still see on the job and learning through “life” more rewarding and edifying. There have been many highlights thus far in his career; perhaps the most satisfying is witnessing the long term outcomes of Iceni’s work in assisting women out of the street sex industry after the murders in Ipswich in late 2006. In the last 6 years he has been responsible for securing over two million pounds of funding from outside of Suffolk.

Brian says "This award came as a huge surprise to me and I feel very proud, especially as someone who hasn't been through the Higher Education system. To be recognised in this manner is both flattering and humbling.

I am privileged to have worked for 25 years in the charity sector and to be awarded in this manner for doing something you enjoy feels slightly artificial but I am deeply honoured. This accolade is perhaps a reflection of the people who have contributed to the work of Iceni Ipswich since its inception in 1998. I also receive this award in honour of those incredible individuals who work or volunteer in the charitable sector who go about their work without the fruits of their labour ever being recognised."