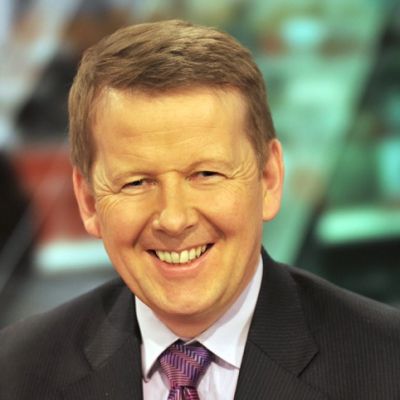 Bill Turnbull is an award-winning broadcaster, and currently a presenter on Classic FM.

For 15 years he anchored BBC Breakfast, Britain’s favourite morning TV show, helping it to win four TRIC Awards for Best Daytime Programme and take the No 1 spot in the ratings. He was also twice named Newscaster of the Year.

Earlier, as a BBC news correspondent, Bill reported from more than 30 countries, including a four year stint in Washington. He covered pretty much everything – from presidential  elections to revolutions, Cuba to Chernobyl, hurricanes to Hollywood. However, his favourite story is the feature he made about werewolves in Haiti…and living to tell the tale.

Bill’s career began in Glasgow in 1978, as a cub reporter for Radio Clyde. From there he moved to London as a freelance, and then on to New York for five years. He returned to Britain to report for BBC Radio 4’s Today programme, before switching to television and what was then called Breakfast Time in 1988. After 10 years as a TV news reporter and correspondent, Bill joined the presenting team at BBC News 24, before moving on to Breakfast.

Perhaps more famously, in 2005 Bill was a contestant on the third series of Strictly Come Dancing, managing to survive until week seven.

In his spare time, Bill enjoys the company (and honey) of several hives of bees. He’s written a book about his apicultural adventures, called The Bad Beekeepers Club, and in 2013 presented a BBC2 Horizon documentary examining the threat to our honeybees and other pollinators. He is also a patron of Bees for Development, a charity which supports and encourages beekeepers in the developing world.

He now lives in Suffolk.