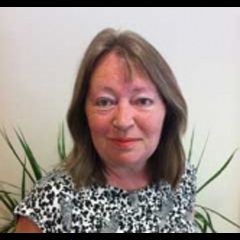 Anne Edwards is the Editor of the Great Yarmouth Mercury, having risen from an apprentice journalist to various roles across the country.

Anne left school mid-term in 1970 to take up a junior reporter apprenticeship with her local weekly newspaper in Melton Mowbray. After six weeks she was offered an apprenticeship. Anne was sports editor for six years, qualifying as a football referee only the second woman in the UK to do so at the time, 1972.