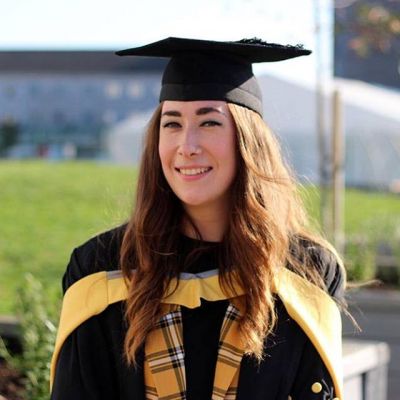 I started my University degree in 2015 with no previous experience of studying linguistics. Throughout the three amazing years I spent on the English degree, my linguistics lecturer started to answer questions I had pondered for years: is human language unique? How do we physically create speech sounds? How do we acquire language? After years of writing off science and declaring myself a ‘creative’, I was initially surprised at how much this subject intrigued me.

In the first year, we began with an introduction to the building blocks of the English language. This included phonology, morphology, syntax, and semantics. In second year, I chose to explore language acquisition. This incorporated many new areas of study, such as psycholinguistics and second language acquisition. What was particularly great in these lectures was the opportunity for students to share their collective experiences of language, from various countries, upbringings, and backgrounds. Other modules introduced new areas of research, exploring discourse analysis and the world of media and journalism.

In third year, acting on the desire of the students, the English team introduced a new module, Researching Spoken Language. This module was sociolinguistic in content and even gave the students an opportunity to collect and analyse their own spoken data for an assignment. I recorded and analysed the variable ‘ng’ in male speakers across various formats, including a word list, a reading passage and a short conversation. This experience was invaluable, as we were able to design, carry out, and formally write up our own linguistic research project.

Although I undertook a mixture of linguistic and literature-based modules, I did not feel as though it was a ‘one or the other’ situation. On the contrary, the phonology I learned helped with my work on poetry, the study of syntax supported my understanding of narrative, and semantics helped to reinforce nuance and tone in my third-year scriptwriting assignment.

To be given the opportunity to study such a diverse range of exciting and fascinating modules under the expertise of the English team was an honour and a privilege. I was inspired so much by my experience at the University of Suffolk that I decided to pursue further study. I started my MA in Literary Linguistics at the University of Nottingham in February 2019 and I am loving every second of it.