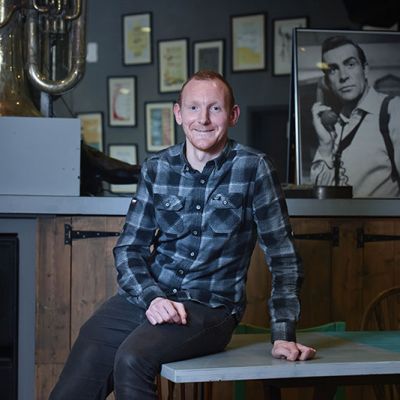 I’m the Technician for Sport Science at the University; I studied here in 2012 but previously I worked in insurance for 11 years until I was made redundant. I saw the redundancy as a massive opportunity and decided to travel the world for a year, visiting South East Asia (Thailand, Vietnam, Cambodia, Singapore and Malaysia to name a few) before going to Australia, New Zealand and America which was an amazing experience.

Just as I got home, the 2012 Olympics started. I had always wanted to do sport science but I was in my late twenties and it would’ve been a big step to leave my job, so it felt like the stars aligned when I was made redundant. I applied to university and studied for four years including a foundation year. It was a big step - I hadn’t studied for ten years so I had no idea if I was even going to be any good!

When I was studying and learning more about the body and sport science, I became really interested in endurance sport. I started running and cycling, and I completed some local half marathons before moving on to triathlons followed by a half ironman last year…which was a 1.2 mile swim, a 56 mile bike ride and a 13.1 mile run. My friend wants to go to Barcelona for the full ironman so I potentially might give that a go next year – although he might hold me to it now!

Half the battle is in your head. The swim is the shortest distance but the hardest part for me, cycling is my strongest discipline and by the run at the end you’re very fatigued, so a massive part of it is actually the mental challenge. I think it’s about finding a balance between life and training; stay organised but don’t beat yourself up for missing a session. I learned that it’s never too late to start something you enjoy.