Students from across the School of Health and Sports Sciences have graduated from the University of Suffolk today.

This morning saw students graduate from Nursing and this was followed in the afternoon with students graduating from courses including Paramedic Science, Diagnostic Radiography, Radiotherapy and Oncology, Sport and Exercise Science and Dance.

Fiona Fitch graduated with a BSc (Hons) in Adult Nursing. Fiona’s lifelong dream was to become a nurse, but she didn’t have the confidence to pursue it as a career once she left school. Having raised her family and after pursuing various careers, Fiona took the step to return to education as a mature student.  This helped to ‘fill the gap’ left in her life once her children had become less dependent.

The pandemic came in the middle of Fiona’s studies, but instead of waiting for it to pass, Fiona decided to work as a nursing assistant at West Suffolk Hospital to support her colleagues and learn more on the job. “I am a positive person and have relished the challenge,” Fiona added - “I used common sense and my training in infection prevention to minimise the risk of COVID-19 to me, my patients and my family as much as possible.  I was well supported by West Suffolk hospital. I felt privileged to reassure patients when they were at their most anxious and vulnerable in hospital.”

Fiona was shortlisted for nursing student of year at the RCNi (a subsidiary of the Royal College of Nursing) Nurse Awards 2020 after independently researching how student nurses could support their colleagues in recognising deteriorating patients.  Fiona is now working as a newly qualified nurse at West Suffolk NHS Foundation Trust.

Abigail Harkness from Romford graduated today with a BSc (Hons) in Sport Performance Analysis and is currently working at the University as a Student Experience Ambassador. Abigail said “My time as a Course Rep when I was a student equipped me with the knowledge for help others through their studies, and my own positive university experience fuelled my passion for finding a job at the institution. There is a real sense of community which I love: staff and fellow students want you to succeed and support you whether it's an issue with an assignment or a win for the University netball team. University life is so much more than studying and getting a degree. I can feel how much I have been able to progress as a person.”

An honorary doctorate was presented at the evening ceremony to Celia Edey OBE. Born and raised in Colchester, Celia’s first job in the sixties, was as assistant to a ballet and theatre photographer in London. She has retained a passion for the performing arts ever since and spent 15 years assisting her sister to run a small ballet school in Colchester.  In 1984 she organised Colchester’s first Fun Run in aid of the British Lung Foundation, and subsequently became their National Chairman of fundraising. Celia was responsible for a number of high-profile theatrical events attended by their patron, Diana, Princess of Wales.

Alongside her fundraising work, Celia was appointed a Magistrate in Essex and eventually took up a leading role as Chairman of the Magistrates Court Committee for the County, the body responsible for the governance of the Magistracy and its business. During this period, she fronted a campaign to provide new fit-for-purpose Court buildings in the County and was appointed to the National Governing body for Magistrates Courts. For this work she won a Public Servant of the Year Award.

In 2006 she joined the Council of the University of Essex, eventually becoming its Treasurer. That in turn led to her membership of the Board of the then University Campus Suffolk, where she discovered her passion for the organisation. She was privileged to play a part in the achievement of it gaining full University status and delighted to receive an O.B.E. from HM the Queen, recognising 30 years of voluntary contribution to Higher Education and the communities of Essex and Suffolk.

Celia said “As soon as I arrived at the Waterfront Building in Ipswich for my first Board meeting for University Campus Suffolk, I discovered in myself a passion for everything this organisation could contribute to Ipswich, Suffolk and the wider region. It has been an enormous privilege to watch its growth, and to play a part in its transition to the University of Suffolk. I am honoured to remain part of the University of Suffolk ‘family’ and receive this accolade and look forward to an association with the University long into the future.” 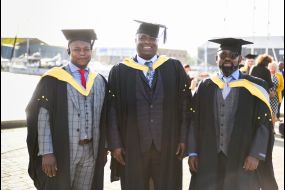 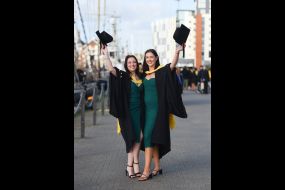 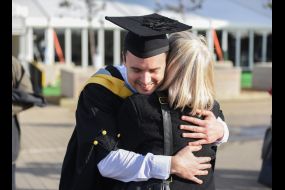 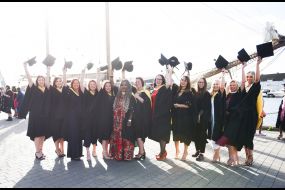 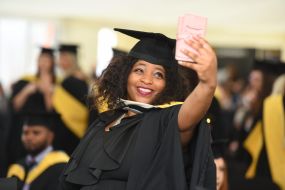 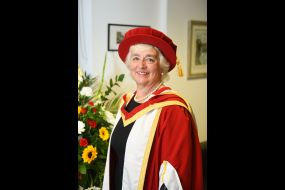 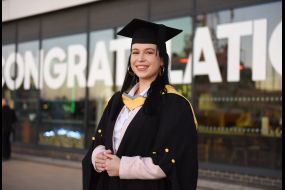 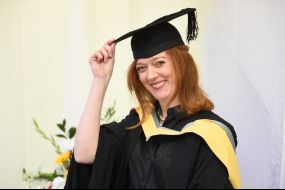