Around one in six adults has experienced stalking(1) since the age of 16, according to crime survey data for England and Wales(2).

Stalking is commonly characterised as a pattern of intrusive and unwelcome conduct that can, over time, cause significant alarm and/or distress for the victim and curtail their freedom. Stalking cases remain, according to the Crown Prosecution Service (CPS), “difficult to prosecute”(3).

Academics, campaigners and stalking case workers believe it is critical for the police to look at the totality of the behaviours and not incidents in silo and this would further enable charges and prosecutions. Contextual evidence from survivors suggests that stalking victims are sometimes left feeling misunderstood after reporting, with the significant impacts associated with ongoing stalking going unrecognised or unacknowledged.

In November 2012, the crime of stalking was introduced within the Protection from Harassment Act 1997, therefore combining it with harassment. The original intention was for stalking to be a standalone crime and not be inserted into the Protection from Harassment Act 1997. This is a continued point of discussion with the stalking experts who sit on the National Stalking Consortium.

The Victim’s Right to Review (VRR) enables complainants to challenge police decisions, granting stalking victims who believe that their cases have been mishandled an additional avenue for seeking justice.

A report by the University of Suffolk examines the extent to which people affected by stalking are making use of the VRR, and how it is shaping outcomes in stalking cases.

Alison Bird, who is the Clinical Lead for Stalking at Solace Women’s Aid and a Visiting Senior Fellow for Social Policy at University of Suffolk, said that “Victims of stalking are often not told that they can challenge a police or CPS decision to not take their case any further. The very reason that the Victim’s Right to Review (VRR) exists is to give a stalking survivor the opportunity to voice their concerns about a lack of progression within their case.”

“Our research and my experience show that often victims are not told by police that they have a right to review. Additionally, when they are told and they do request a review- findings show that the majority of reviews support the original outcome. There is a lack of transparency in this process and it seems that the review is simply given to another colleague who automatically agrees with the first decision made by their colleague. This presents like a tick box exercise that is immediately biased towards the initial decision. Victims of stalking are left frustrated, not taken seriously, the stalking continues and they are failed.”

‘D’* found out about the VRR scheme through her Independent Stalking Advocacy Caseworker (ISAC) after her case was No Further Actioned (NFA’d) by police.

D felt confused about why the police did not inform her about the VRR.  She said “I didn’t understand most of the police actions as they were not explained to me directly. I felt hurt and like my case wasn’t important anymore. It felt like the police had given up and were trying to hide information from me.”

D made the decision to lodge a VRR request with the police, with the support of her caseworker.  D’s VRR request ended in the original No Further Action (NFA) decision being upheld. She added “The whole experience working with the police was incredibly stressful and definitely increased my feelings of anxiety around the situation. I didn’t feel like I was being listened to. When the case was NFA’d in December 2019 I felt like I’d lost a battle. I didn’t feel safe knowing that this was ‘procedure’. The communication of the case being closed and NFA’d was scarce. It was only in 2021 that it was articulated to me that the case was closed in March 2020. The communication between the police was difficult and I felt like my safety and well-being was not paramount to the case but rather a ‘result’ was their main outcome.”

However, D found it helpful having an ISAC during the process “Without an ISAC I wouldn’t have felt confident to ask questions and know what was going on but ultimately, knowing I had support and someone fighting the same battle with me meant so much for my self-worth during a bleak process. I felt prepared going into appointments and giving statements because of my ISAC but the most helpful part was just having someone feel the same emotions with you while being proactive and having the tools that I lacked to get answers.”

Dr Olumide Adisa, Head of the Centre for Abuse Research at the University of Suffolk added, “The fact that around one-third of forces were not able to access the requested data within reasonable time and cost limits speaks to a lack of consistency in recording practices between forces. Our findings confirm our suspicions that there is a need for more consistent and accessible data recording/storage in relation to stalking VRR requests, both to provide more reliable information for internal monitoring and evaluation, and for identifying and understanding disparities between forces.”

The research outlines three key recommendations which are:

Recommendation 1: Greater coordination and uniformity in recording between forces.

Recommendation 2: More robust guidance and procedures in place to ensure that all survivors are made aware of their right to review and are fully informed about possible outcomes.

Recommendation 3: Ensure that stalking survivors have access to an Independent Stalking Advocacy Caseworker to provide support and information around their options, challenge agencies where needed and promote accountability.

The publication of the research comes in the wake of several high-profile stalking-related murders in the UK.

Alison Bird said, “We all are all saddened, upset and angry about the recent stalking murders of Gracie Spinks, Bibaa Henry, Nicole Smallman, Sarah Everard and PCSO Julia Johnson. This has raised the issue of violence against women and girls even further up the agenda at a time when the landmark Domestic Abuse Act has recently been signed into law.”

“There are many campaigners who would like to see a domestic abuse and stalker’s register as we know that most men who seriously harm and/or kill women are serial perpetrators and a register could prevent more deaths. I absolutely concur that a register would save lives. Disappointingly, however, and in spite of calls from campaigners and survivors, the Act does not include a specific stalkers’ register”.

“In most cases of stalking the perpetrator is known to the victim and is usually an ex-partner – The Revenge Stalker. However, there are other stalker typologies and people can be stalked by, for example, an acquaintance, ex-employee or employee, a patient, a neighbour (this list is not exhaustive). Anyone can be the victim of a stalker. We need to hold these perpetrators to account, monitor them and place positive obligations on them where we can.”

The full research report can be found here

The Executive Summary can be found on this page with the accompanying Infographic.

(1) Stalking lacks a “strict legal definition” but stalking expert Alison Bird defines it as “a pattern of fixated, obsessive, unwanted and repeated behaviour which is intrusive and causes serious alarm and distress and/or fear of violence to the victim”.

* D: an anonymised case study. Not her real initial. D’s story features in the full report and is excerpted on the infographic. 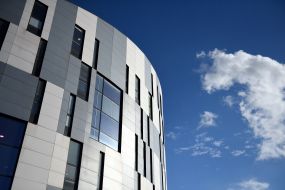