The University of Suffolk has announced who will be receiving honorary awards at their graduation ceremonies next month.

Honorary awards recognise notable contributions to the educational or cultural well-being of society, in business, industry, commerce or enterprise, for academic distinction, for public or community service or an exceptional contribution to the University.

Ten individuals will receive awards including local entrepreneurs, those in the charity sector, those who have worked in medicine and those raising the profile of the county through tourism.

One of the recipients of an honorary doctorate will be Annie Clements, founder of the organisation Autism & ADHD. Annie has over 30 years’ experience working with both young people and disability. She has worked in delivering face-to-face youth work and in creating and monitoring projects and organisations. She has vast experience of feeding into local and national policy and strategy and it is estimated Annie’s work has affected at least 10,000 families, with the possibility of many more considering the number of professionals she has trained across the UK & Europe.

Annie said, “It is a huge honour to have been awarded an honorary doctorate. I accept it on behalf of all the families, including my own, who continue to fight for their children both young and old, to be included and supported in all areas of their lives and community, and all of those who have helped to make Autism & ADHD the organisation that it has become.  I hope it breaks down more doors for all of us to shout through, to continue to instigate change and understanding for all. Thank you to everyone from the University, my team, the families I have had the privilege to support and also my own family without whom none of this would have happened.”

Founder and CEO of Suffolk based coffee brand Paddy & Scott’s, Scott Russell, will become an honorary fellow of the University.  Scott is a former EADT East Anglian Business Person of the Year and the driving force in making Paddy & Scott’s one of the UK’s top independent coffee brands. Scott is a proud member of Accelerate 250 (the UK’s top 250 companies geared for growth) after being championed by the Prime Ministers Enterprise Advisor, Lord Young, and ex Tesco CEO, Sir Terry Leahy.

In 2016, Scott founded the Meru Farm and Ruiga School project in Kenya, a world first collaboration between the consumer and coffee grower driving sustainability and education, whilst breaking down trade barriers that encourages free trade amongst the whole coffee growing community.

In 2017, Scott was named by Grant Thornton as one of the country’s top 100 influential business leaders joining the illustrious list of “Faces of a Vibrant Economy”.

Scott said of his honorary fellowship, "I am honoured, shocked but so incredibly proud to accept this award. It goes to show that hard work, determination, self-belief and ambition can drive you forward no matter how humble your beginnings."

Entrepreneur and charity founder, Rob Brooks, will receive an honorary doctorate. Rob started his first business at the age of nine and retired from commercial life at the age of 55, following his wife’s diagnosis of advanced lung cancer. It was his exposure to clinical and palliative care that helped him understand that not all opportunities or options were open to people going through the traumatic effects of terminal illness.

Being a firm believer in the positive effects of woodlands and the benefits that nature can give, he undertook a small study of existing clinical trials. This led to the charity, Eden-Rose Coppice Trust being formed.

In 2007, the charity purchased a very poor woodland in the centre of Sudbury. Ten years later, the Sudbury site alone has helped over 200 people and their families through difficult times and groups of children each week with additional needs.

Today, Rob heads up four sites developed for palliative care alongside education skills including Brickmakers Wood, adjacent to the University of Suffolk campus.

He said, “The University of Suffolk has done me an enormous honour, and it is with huge pleasure that I have accepted this honorary doctorate. It is not just for myself but also for all my volunteer friends, colleagues and those that we have supported who, over the years, have contributed so much to the charity I founded. I am enormously proud now, to be part of this great university and shall endeavour to work closer with students, graduands and graduates in the future.”

Patricia went to her first Ipswich Town match at Portman Road after World War II in 1946 with her father. In 1954, she applied and was successful in gaining the post of Secretary to the then- Manager Scott Duncan. Patricia worked for nine managers including Sir Alf Ramsey, Sir Bobby Robson and George Burley.

Patricia was PA to Sir Bobby Robson for 36 years and Company Secretary to his commercial business, at the same time working for four Chairmen and four Company Secretaries.

Patricia retired from working full time in 1997 and in 2004, on behalf of the Football Association, the Governing Body of Professional Clubs, David Sheepshanks the Club Chairman, presented Patricia with a medal for 50 years loyal service to football.

She said, “I am amazed, very pleased and honoured. I was brought up in Ipswich on a council estate and left a Secondary Modern School with no qualifications. I am humbled.  I have enjoyed my career at Ipswich Town Football Club and worked for, and with, some lovely people. I would like to wish those graduating, a happy and successful future.”

Tim Rowan-Robinson DL will be recognised for his services to raising the profile of the county and promoting tourism by being awarded an honorary fellow.

Following a career with Watney Mann, Grand Metropolitan and finally Whitbread, where his last role was as MD of their Hotel Division, Tim started his own business in 1996. With a friend, he acquired Thorpeness Hotel & Golf Club in 1996. The company now has six hotels. Tim retired from TA Hotel Collection in March 2018.

He has been heavily involved in the development of Tourism in Suffolk over the last 20 years. He is a firm believer in the importance of local Destination Management Organisations (DMO) and still sits on the board of The Suffolk Coast DMO. With two others, he started the Aldeburgh Food & Drink Festival and still chairs that company. In 2013, he was appointed a Deputy Lieutenant and is involved in a range of activities in the County.

He said, “I feel greatly honoured by this award and will do all I can to help in the development of the University, which is such an important asset to the county.”

Also receiving an honorary fellow will be Ian Twinley DL. Ian supports many Suffolk Community initiatives; in 2014, Ian was instrumental in establishing the annual Suffolk Skills Show. He is Patron of the Helen Rollason Cancer Charity and Chairman of the Essex Dog Day Committee.  For his services to charity and youth, he was appointed a Deputy Lieutenant of the County of Essex in 2012.

He joined Ford Motor Company in 1979 as an Engineering Trainee and has held a number of appointments in Ford Britain, Ford Europe and Ford U.S.A.  Ian also attended a Ford sponsored Management MBA Program. In 2002, he joined John Grose Group as Chairman.

In 2009, he travelled to Afghanistan and spent time with Suffolk based reservists. Ian was appointed Chairman of the East Anglia Reserve Forces & Cadets Association in April 2018.

“I must thank the University for conferring this great honour upon me, what a wonderful moment in my life. My message to those graduating this year is, find a job that you absolutely love as you will find it very easy to succeed and as you grow try to remember to help some young people along the way.”

Madeleine Jackaman will be recognised for services to animal welfare and the community. Madeleine founded Suffolk and Essex Small Animal Welfare (SESAW), a registered charity that cares for and re-homes injured and homeless animals. 400 animals are re-homed annually by SESAW. She has served 22 years as a Parish Councillor, ten of them as Chair and in 2016, she received a Babergh District Council Community Achievement Award.

She said, “I am proud to accept the award of honorary fellow on behalf of the many volunteers that help at SESAW. I am merely the facilitator, without their support, SESAW would not exist.”

Those receiving honorary awards at the University of Suffolk’s partner colleges include Richard Carter MBE, who will receive an honorary doctorate. Richard was Chair of Governors at West Suffolk College for six years. He served as a Board member for 16 years and retired from the Corporation last July. During his time as a governor, West Suffolk College became a founding partner in the drive to create the University of Suffolk. He started work as a journalist on the East Anglian Daily Times and in the 1980s, he helped found a communications agency in Bury St Edmunds.

Over the past 25 years, his roles have included being Director and Chairman of Suffolk Housing Society; Chair of Governors at Hardwick Middle School and Chairman of the Mid Anglian Enterprise Agency. He retains his links with education as a member of two multi academy trusts in Suffolk.

He was honoured with an MBE in the 2018 New Year Honours for his services to education.

He said of the honorary doctorate, “I feel that the University of Suffolk is bestowing on me a great honour. It was very unexpected. I am proud of having played a small part in the creation of the University and delighted to see it now well established as it works in partnership with further education colleges across Suffolk. Most importantly of all, it means that students from all walks of life and ages, from near and far, can fulfil their degree level educational ambitions in a modern centre of excellence.”

Having devoted over 40 years as a voluntary fundraiser and charity campaigner, Gina Long was awarded an MBE for services to the charity sector in December 2015 and will become an honorary fellow of the University.

Gina has raised over £4 million for national and regional charities and started her own charitable foundation, GeeWizz. Gina regularly contributes articles for Archant newspapers and magazines, including the East Anglian Daily Times and Eastern Daily Press, interviewing successful business and interesting people through the region, along with championing entrepreneurs.

Gina said, “It is such a great honour to become an Honorary Fellow of the University of Suffolk. As much as I have enjoyed every second of my career and my voluntary charity work, I’ve often reflected on how I wished I had gone to University. To say I was ‘over the moon’ delighted, when I received the letter would be an understatement. It is the greatest privilege. I’m extremely thankful.”

Hugh Sturzaker MBE will become an honorary fellow of the University at the East Coast College graduation ceremony.

Hugh trained at Oxford and Guy’s Hospital Medical School and was appointed Consultant Surgeon to Great Yarmouth and Waveney Health District in 1979. He was Regional Advisor and examiner for the Royal College of Surgeons of Edinburgh and served on the Council of the Association of Surgeons of Great Britain and Ireland.

Hugh has written two books about James Paget, both the individual and the hospital, and was Lead Governor of the James Paget University Hospitals Trust for over eight years. He is a trustee of Great Yarmouth Minster Preservation Trust and St. George’s Theatre.

He said, "Over the years I have watched with interest University Campus Suffolk develop into a fully-fledged university, and I am delighted and honoured to be appointed one of its Honorary Fellows.”

The honorary awards will be presented during graduation ceremonies celebrating the successes of students from the University being held across Suffolk and in Great Yarmouth between 6 -18 October 2018. 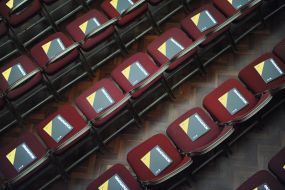 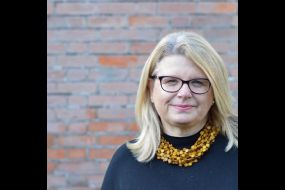 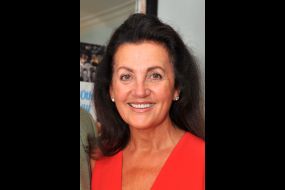 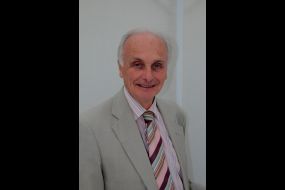 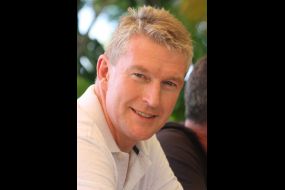 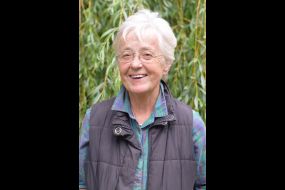 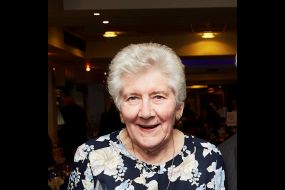 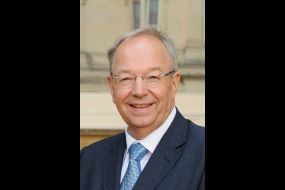 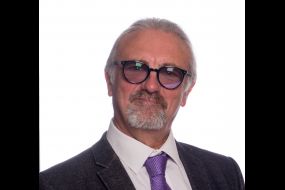 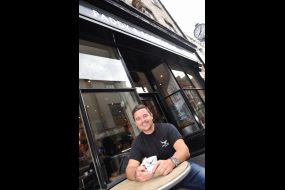 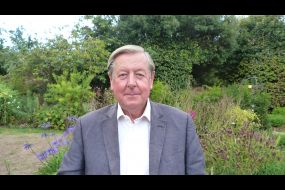