History at the University of Suffolk has once again appeared at the top of the Guardian University Guide 2021. The popular subject has been ranked third in the country sitting alongside Oxford, St Andrews and Cambridge.

Overall the University has climbed 22 places in the table.

Professor Mohammad Dastbaz, Deputy Vice-Chancellor, said “We have seen an overall improvement of nearly 20%. We are delighted with our overall performance and that of many of our courses as we approach the start of the new academic year.”

The Guardian University Guide is the first league table to use new data which gauges graduate jobs 15 months after graduation rather than after six months, and is thought to more accurately capture graduate employability. It also ranks institutions based on teaching and the students’ experience of the University overall and their individual degree subject. 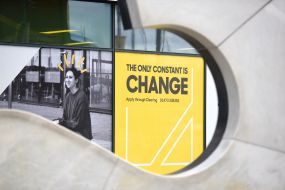