After the success of last year's Game Anglia event, nearly 500 game developers from around the world will once again flock to the University of Suffolk for what promises to be the biggest game development conference the region has ever seen.

Expanding on the last event, Game Anglia 2018 will broaden from one to two simultaneous tracks of talks in two lecture theatres. Even more fully playable indie games from across the globe will be on display in the foyer area, free for the public.

This year, the team are bringing together developers, directors, artists, influencers, testers and community managers to give the visitors a 360 degree view of the video game industry whether you are just starting out or an industry veteran.

The first gaming legend to be announced is Rami Ismail, from Vlambeer, creator of Nuclear Throne and Ridiculous Fishing. Also announced is the hugely talented Julia Hardy, whos career in the gaming industry as a writer, presenter and host has spanned over 10 year and Abubakar Salim, the main character voice for Assassin's Creed Origins.

According to data from UKIE (The Association of UK Interactive Entertainment), the East of England is said to have over 150 independent games companies, making it one of the fastest growing sectors in the area. Game Anglia aims to bring together aspiring game developers, growing companies and established studios for a day of talks, demonstrations and video gaming fun.

This year, the event will go beyond the one-day event from last year and offer ticket holders the chance to enjoy an exclusive preview of the Indie Showcase area on Friday 9 November, before the main event of both talks at indie gaming on 10 November. This smaller and more private gathering is a great place to network with like-minded developers and get a first look at the indie games available.

The Indie Showcase comprises of a multitude of stands each housing a game development team or studio that will be showing their latest wares, from mobile games to virtual reality. The public can play for free, leave feedback and vote on their favourites from the day, as well as meet local studios and mingle with like-minded gamers. Those interested in attending, showcasing or sponsoring the event can get in touch with the Game Anglia team at www.gameanglia.co.uk  or email  hello@gameanglia.com.

On Saturday 10 November, experts from around the world will cover a range of topics from building up a community around your game, all the way to final user testing.

The conference and free gaming event will be hosted at the iconic Waterfront Building from 10am at the University of Suffolk and run until 6pm. Prices range from £20 for students to £95 for VIP tickets, that include an after party with many of the gaming legends from the day.

For ten years, the University of Suffolk has been nurturing local talent into some of the world's best game developers. These students from the game design course have gone on to work for such companies as Ubisoft, EA, Sony, Sumo Digital and Playground Games, Rockstar North, CIG.

Andy Green, Senior Technical Artist at Bossa Studios said “Having left the region for London to begin my journey in the games industry 7 years ago, I’m really excited to speak at Game Anglia, and to play a small part in shining an industry spotlight much closer to home.”

Associate Professor Rob Kurta said “The University of Suffolk are delighted to be hosting the largest gathering of game developers in the East of England. The lineup brings together both Industry veterans and social media celebrities in a fascinating day of talks. Together with an open indie showcase this is a day that all gamers can look forward too with something for everyone.  Game Anglia is run by Alumni and students on our Games Degrees and this event is a clear demonstration of their entrepreneurial flair.” 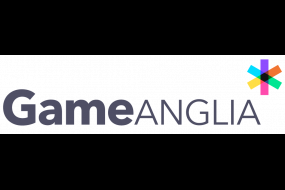