The final graduation ceremonies for the Class of 2021 have taken place on the Ipswich Waterfront with Postgraduate Certificates in Education (PGCE) being presented to students.

Anna Bothwell-O'Hearn received her PGCE in Primary Education today and is currently working in a small village primary school as a year 3/4 teacher. She said “I was inspired to become a teacher because of the opportunity to work with children on a day-to-day basis, to make a difference to young people’s lives, to inspire them to go on to amazing things in the future. I wanted to have a career I can prosper in and enjoy.”

The University awarded headteacher of 30 years, Duncan Bathgate, with an honorary fellow.

Duncan has taught at schools across Suffolk since 1981, and in 1996 became Headteacher of Bealings, which his 4 sons would also attend.

Inspired by Malaguzzi, AS Neill, Peter Dixon, Dorothy Heathcote, Abbott and with a courageous team prepared to stand for the rights of children to a childhood, Bealings developed Heathcote’s Mantle of the Expert ideas into a dynamic, whole-school way of creating understanding across the curriculum.

Duncan said “Bealings is an evolving learning community where, daily, the children and adults work in co-created fictional organisations. As empowered experts, and raised self-esteem, they collaborate to fulfil an accepted commission. A subtle alchemy takes place: the children are transformed by their roles, raising questions, discovering clues, making theories, following lines of inquiry, researching, discussing, evaluating discoveries, adapting their theories, learning empathetically, growing understanding together, transcending their circumstances. The tone is buoyant! Learning is heuristic and empathetic.”

Issues affecting life at Bealings are discussed through the weekly meeting of all children and adults, run by the children, until consensus is reached. The pioneering approaches at Bealings have attracted world-wide interest and support. Duncan has given many keynote talks at conferences across the UK and Internationally and thousands of educationalists have visited Bealings since 2000. Bealings is also the subject of several films.

Duncan said of his award “I feel very honoured, on behalf of the Bealings team, all the courageous people who have stood with me through the years. My message to the students today is be a human, make contact with everybody, don’t be a robot; we will never beat the robots if you try and compete.” 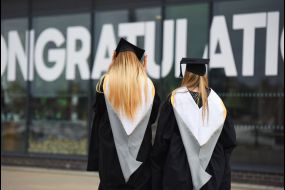 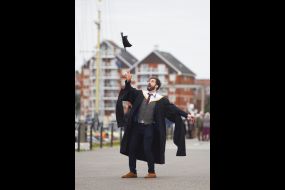 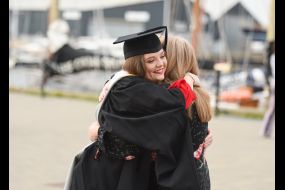 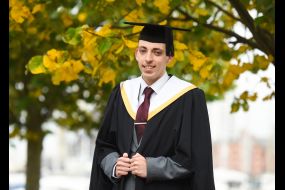 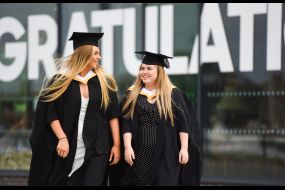 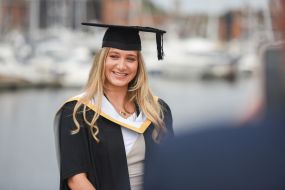 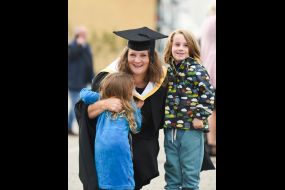 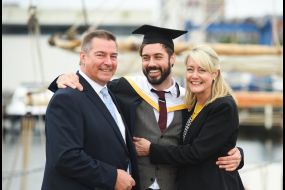 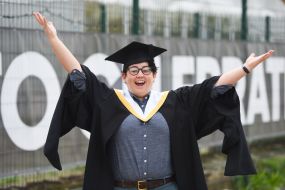 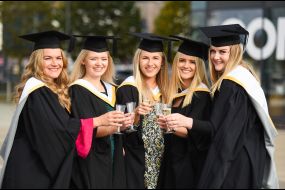 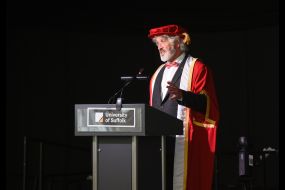 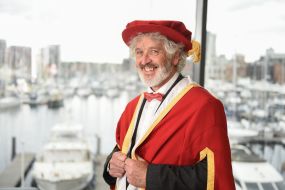