The University of Suffolk has today (Tuesday 17 July 2018) published research examining the impact of magistrates’ court closures in the county.

The University was tasked with looking at what short-term impacts the court closures had on the county, one that is mostly rural, covers nearly 1,600 square miles, has over 480 villages and hamlets and large towns of Ipswich, Lowestoft and Bury St Edmunds, and with a population of  around 750,000 people

Jennie Jenkins, Suffolk Public Sector Leaders’ Chairman, said,  “The increasing ability for criminal justice to employ digital and other technologies has reduced the number of cases being heard with defendants and victims physically present. That said, serious concerns were raised by the public and the legal profession to the Ministry of Justice during the consultation period and with other members of Suffolk’s criminal justice system including the High Sheriff and the county’s Police and Crime Commissioner.”

“These concerns focussed mainly on the suspicion or assumption that the court closure programme could adversely affect peoples’ access to justice especially those who were disabled or who had to rely on public transport from remote rural areas to attend court hearings.”

“As the British criminal justice system is central to our way of life and a cornerstone of our unwritten constitution, the Suffolk Public Sector Leaders’ group funded an independent assessment of the effects of the closure programme in Suffolk based on the evidence and data available from the court so far.”

Dr Olumide Adisa, from the Suffolk Institute for Social and Economic Research at the University of Suffolk, undertook the research and presented her findings in front of legal professionals, members of the judiciary, Police, Probation, academics, and public sector leaders today.

Dr Adisa said, “The study results revealed that the court closures are aggravating issues already present in the system.  The research found that geographic accessibility to the courts was a significant barrier to access to justice. The court closures have led to a doubling of time costs for defendants and their witnesses, living further away from Ipswich. The court data revealed that more defendants are failing to appear for their court hearing in more remote areas of Suffolk, where people have to travel huge distances.”

Dr Adisa added, “Access to justice is a fundamental human right. Yet, this would be the first commissioned academic study into the impact of the court closures on access to justice. This commissioned research, funded by the Suffolk Public Sector Leaders group signifies a strong commitment to understanding the impacts of the court closures in Suffolk using a robust evidence base. It is exciting to see that Suffolk’s Public Sector Leaders are drawing on the research findings to develop a robust action plan for those most affected by the court closures in the county

The research has been supported by the University’s former Pro-Vice Chancellor, Professor Simon Hallsworth, who said of the report, “Everyone has the right to justice.  Or so we once thought.  Recent changes to the court system however suggest that justice is not a universal good everyone can access.  This report shows on the basis of robust research undertaken by Dr Adisa, why the closure of the regional courts initiated in the name of saving money compromises justice for those least able to afford it. Policy makers need to read it.”

Jennie Jenkins added, “We are thankful to the University of Suffolk for compiling this comprehensive piece of work. On behalf of the Suffolk Public Sector Leaders, I can assure the public and our stakeholders that we will be acting on the research findings to improve access to justice in the future. We will be developing and implementing a viable and sustainable solution fit for the 21st century, which we hope can be replicated nationwide. It is important to note that court closures aren’t only affecting our county so we hope we can be something of a pioneer in suggesting positive changes to neighbouring counties.”

For a copy of the full report, please click here 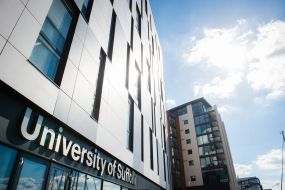