In 2014, the organization, Iranian & Kurdish Womens Rights (IKWRO), were able to provide the first national picture of ‘honour’ based violence.

The findings provided the catalyst for the research report ‘Honour’ abuse, violence, and forced marriage in the UK. Police reports (incidents and charges) and specialised training: 2018 and 2019.

Since the report was published, a multi-disciplinary research team made up of academics, a specialist victim-led service, and a national training provider worked together to provide new information on the prevalence of HBA/V and forced marriage (FM) recorded by the police, and the scope of the training frontline staff receive in relation to HBA/V and FM-related crimes.

The findings suggest that, at least 70% of police forces are flagging HBV/A and/or FM. However, only 15 police forces were able to provide full information on HBV/A incidents and charges. While the majority either had no information or partial information, thus good quality data remains a challenge.

The findings show that the results from the FOI requests are still concerning as it reflects IKWRO’s (2014) findings from 7 years ago: that there is a lack of consistency and detail in police recording of HBA/V and FM, which is likely to impact on monitoring and evaluation, as well as the true scale of HBV/A and FM.

Dr Adisa, University of Suffolk, said “We already know that crime and incident recording on their own are not a ‘magic bullet’. However, what our findings demonstrate is that there is a need for officers to be educated on how to better identify and record HBV/A crimes/incidents. There are remaining issues with inconsistent data collection and recording between forces, which continue to undermine efforts to gain a national picture of so-called ‘honour’ based violence.”

The report, including the new findings, was published on the 15th anniversary of the ‘honour’ killing of Banaz Mahmod and it can be accessed here. 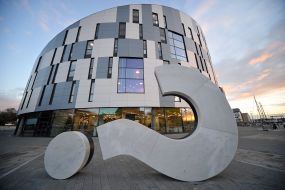