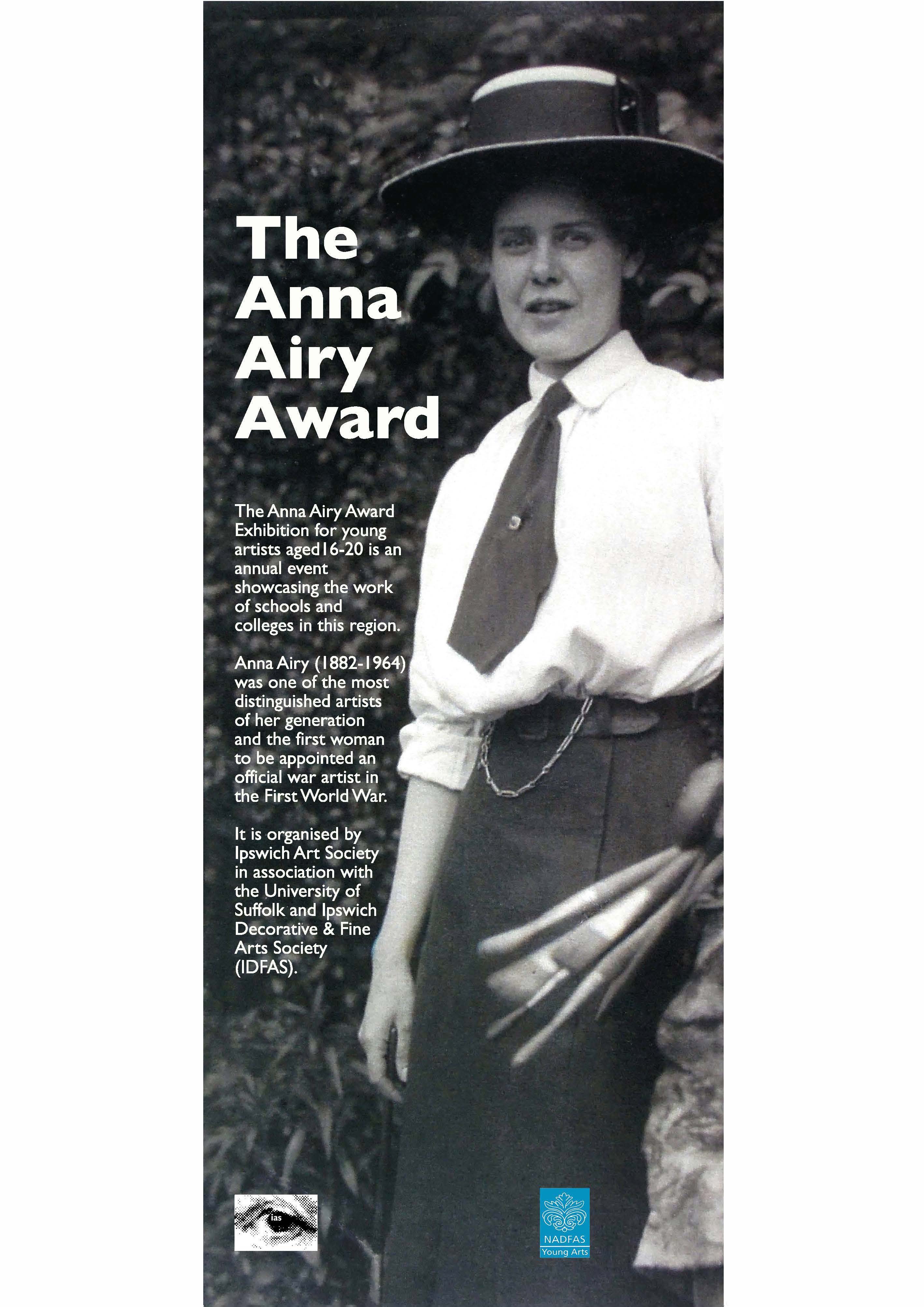 Theuniversity is deilighted to work again in collaboration with Ipswich Arts Society to present the 2017 Anna Airy Awards Exhibition.

The exhibition features young artists aged 16 - 20 and is named in memory of Anna Airy. The exhibition ison display at the university in the Waterfront Gallery and Waterfront Foyer and it is open Monday - Friday 9.00am  - 4.00pm.

The exhibition has run since 1964 to promote young and emerging talent. It attracts over a hundred of entries from schools and colleges in the area and it will be open to the public from the 17 November -  29 November 2017.

Carol Gant, Arts Curator at The University of Suffolk, said, 'We are delighted to host the Anna Airy Award Exhibition 2017 which showcases the wealth of emerging artistic talent among young people within our region. Organised by the Ipswich Art Society, the exhibition is aimed specifically at young artists and we look forward to receiving this year’s entries.'

The Award Fund was set up in 1965 in memory of Anna Airy (1882-1964) . She was one of the most distinguished painters of her generation with work represented in many major national collections. During the First World War she was appointed an official war artist. For 19 years she was President of Ipswich Art Club (as the Ipswich Art Society was then called).Anna Airy was also regarded as a brilliant and inspirational teacher by her students at Ipswich School of Art and, in the Art Club’s Annual Exhibition, she always included a ‘student section’ to give younger artists a chance to exhibit their work in the public setting of agallery. The Society has continued the tradition by arranging independent exhibitions of students’ work in association with schools, colleges and the University.

The following awards will be presented:

The Anna Airy Award of £250 will be made for a painting or a drawing. £150 will be awarded to the runner-up.

The Ipswich Art Society Award of £250 will be made for work in any media (but not DVDs).

University of Suffolk Star Award to be chosen by the public.

There will also be Certificates of Commendation.