An exhibition of photographs of the punk era by Chris Stein & Eddie Duggan with printed ephemera from the collection of Professor Teal Triggs.

Back in the cosy, far-flung days of the mid-1970s, somewhere between the power cuts and the Three Day Week (1974) and the Winter of Discontent (1978–79), HRH The Queen celebrated her Silver Jubilee and 28 million Britons watched The Morecambe & Wise Christmas Special. Meanwhile, a fast-growing sub-cultural scene on both sides of the Atlantic generated a flurry of new young bands and a tide of hastily assembled fanzines: the Sex Pistols outraged the nation with their own royal tribute and the iconic rock band Blondie was formed. Eddie Duggan watched it all happen...

Chris Stein is a founder member of the iconic band Blondie. Chris’s most recent book, Negative: Me, Blondie and the Advent of Punk offers an eclectic selection of photographs of the rare and wonderful characters who populated the art and music scene of the 1970s and 1980s. The selection of images shown here was previously included in a major exhibition at Somerset House, London, marking both the 40th anniversary of Blondie and the launch of Negative. Negative was a 2014 INDIEFAB Book of the Year Award finalist (Performing Arts & Music (Adult Non-Fiction)).

Eddie Duggan is a Senior Lecturer at the University of Suffolk. His photographs of the burgeoning 1970s music scene have been published in the UK music press (NME, Record Mirror, Sounds), fanzines (Sniffin’ Glue, Live Wire), The New York Times’ Sunday magazine and in books, including Teal Triggs’ Fanzines and Paul Marko’s The Roxy, London WC2: A Punk History. Some of the images exhibited here are being shown in public for the first time.

Professor Teal Triggs is Associate Dean of the School of Communication at the Royal College of Art.  She is an educator, historian and writer whose research focuses primarily on graphic design history, design research methods, self-publishing and feminism. Teal’s publications include, with Leslie Atzmon, The Graphic Design Reader (2017); Fanzines (2010); and, with Roger Sabin, Below Critical Radar: Fanzines and Alternative Comics from 1976 to Now (2001). 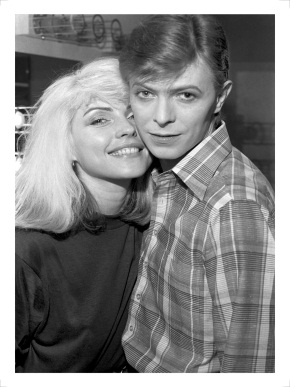