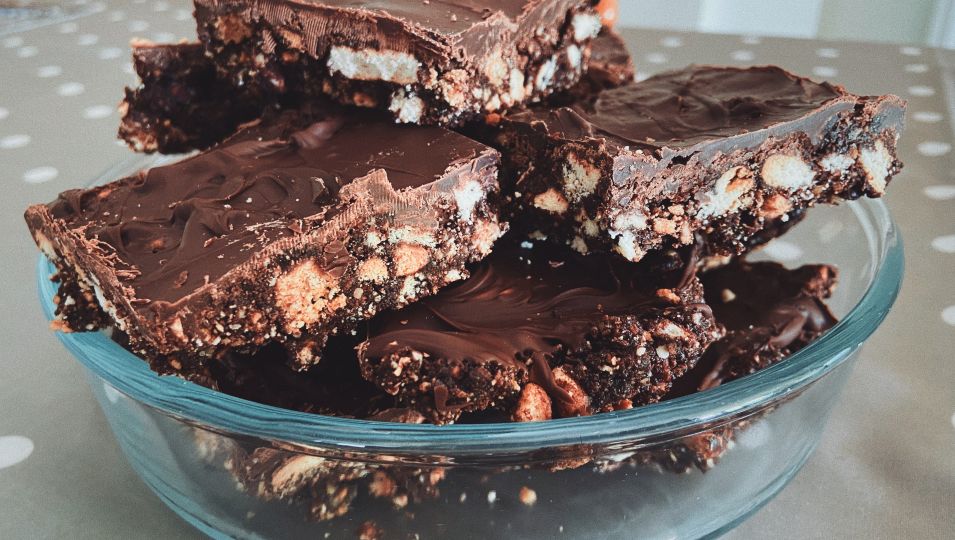 If, like me, you love cooking and baking but aren’t exactly a whizz in the kitchen, then you will love the recipe that I am going to share today as it is a super easy (and tasty) chocolate crunch recipe!

Now I put in the title that this recipe is vegan, but don’t let that put you off! You can easily substitute any of the ingredients to fit your personal tastes but I want to show you how I make them. When you think of chocolate crunch I reckon your first thought is the traditional recipe that used to come with school dinners, but my recipe is slightly different to that (but personally I think it is better!)

Now for the batch in the picture I doubled the quantities but you can stick to the standard quantities if you wish.

So there you have it - a simple recipe but tasty nonetheless! I would recommend using slightly more syrup than you think as my sometimes my biscuit mixture isn’t sticky enough, which can lead to very crumbly pieces that slightly fall apart! I hope this recipe has inspired you to try making something from scratch, let us know if you try the recipe yourself.

Things to do Recipes Food