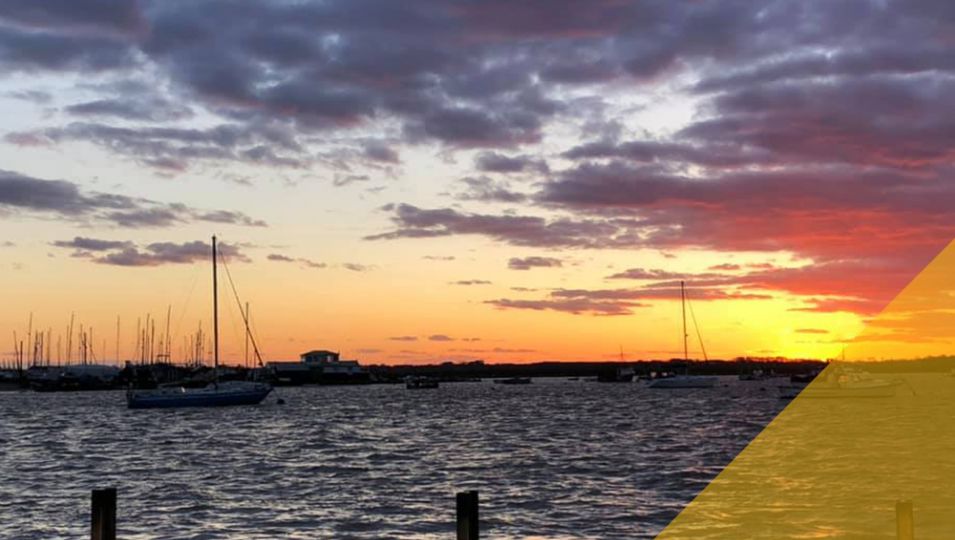 Part of the Suffolk Heritage Coast is the small village of Bawdsey on the Deben Peninsula coastline. I am lucky enough to live close to this and it is my favourite place to see the glorious sunsets of the wide Suffolk skies. It's also an historically interesting place. Did you know that radar was developed and first tested in Bawdsey between the two World Wars?

Located on the other side of the river Deben from Felixstowe, Bawdsey is located in an Area of Outstanding Natural Beauty in the East of England. In medieval times, Bawdsey was part of Gosford, a group of harbours around the mouth of the Deben. But over the last 500 years the sea has cut in and Bawdsey is the only remaining settlement. It is located 15 minutes from Woodbridge. Shingle Street beach is not far away from Bawdsey.

Bawdsey Quay has a small beach, where you can see across to old Felixstowe. The beach is small but sandy and perfect for children to play and families to enjoy days out. The water has a very strong current due to being in the river mouth so swimmers need to be careful but people do paddle, swim, paddleboard and go crabbing there. A ferry takes people across the river, just wave the bat for the ferryman. Felixstowe to Bawdsey Ferry operates from early May through to the end of September daily.

At the quay is the Boathouse cafe where you can have a coffee and cake with a spectacular view. Visit www.boathousecafe.co.uk to see what's on offer. Beyond the quay is Bawdsey Haven Yacht Club where members can store their dinghies over winter and launch them from the slipway at the quay. The Yacht Club provides services for sailors on the River Deben and, during the summer, it runs outings and sailing days.

From the Quay you can see a Martello Tower, one of the towers built along the coastline in Suffolk, Essex, Kent and Sussex, in order to face down a Napoleonic naval invasion that never came. During the First World War several concrete pillboxes were built and one circular example still in good condition can be seen today. Troops and coastguards lived in the Martello Towers, with an arsenal of gunpowder and cannonballs, until the towers were decommissioned in the 1870s.

Set back from the quay is Bawdsey Manor. Built in 1873, it was sold to the RAF in 1936 to become a research station for the development of radar. Now it is a friendly countryside B&B and a beautiful boutique hotel, plus an adventure centre for school residential holidays.

You can visit the world’s first operational Radar Station in the former transmitter block in the grounds of the Manor. RAF Bawdsey, operational in 1937, was the first of a chain of radar stations to be built around the coast of Britain. See an exhibition about the development and use of radar from the 1930s, through WWII to the present day. Visit www.bawdseyradar.org.uk for info.

Why not pay a visit to this lovely Suffolk beach?

Things to do stress busting