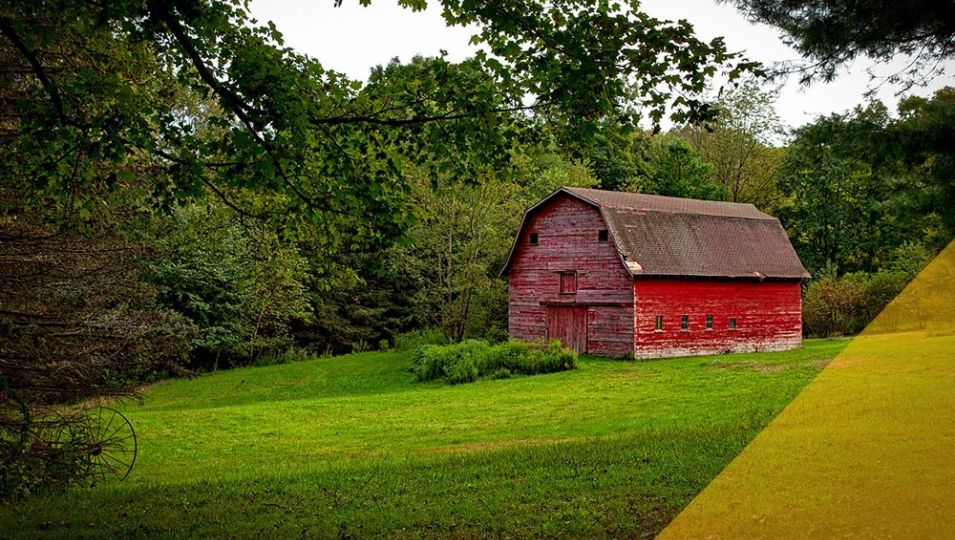 Listen all, and listen well,

To this story I will tell—

The tale is mine, of love and foul play,

For it is the story of my dying day.

In Polstead, I was born and raised,

Pretty and fair and well-behaved.

When I saw William Corder, at work in the field.

A fine man of good health, of fortune and profit,

With a green handkerchief tucked in his pocket.

We lived in Sudbury for a time;

Love without marriage — our only crime.

A year did pass; life with my Will

Filled me with gladness each day, until

I became with-child—at first, what joy—

But the Devil soon came and stole my boy.

Will Corder, he said the village did whisper,

So we should be wed, as the law would prefer.

He told me, “Maria, we must run away,

Together, on the eighteenth day of May.

Let us meet in the Red Barn, o’er hill and down,

Then we will go to Ipswich town.”

Draped all in men’s clothes, so as not to be seen

(Around my neck I tied the handkerchief of green),

And prepared to elope, I walked the half mile

To Barnfield Hill— through meadow and over stile.

I changed into my dress, once hidden from sight,

And thought of the vows we soon would recite.

Will arrived late, in the last of the light

(Neither would leave to Ipswich that night).

There is so much left yet to be discussed.”

Will looked to me, and, sanity surpassed,

Decided that night was to be my last.

He withdrew his pistol, and fired a shot—

My blood pooled fast, there, on the spot.

I was murdered, behind the Red Barn door—

Then, I was buried, beneath the Red Barn floor.

Will kept close the barn key; when the harvest came in

Upon me he lay the crop, masking his sin.

To east Norfolk— writing letters to ensure all were misled.

I appeared unto my mother, thrice over in dreams,

To reveal that things were not all as they seemed.

Father went to the barn, with rake and with spade,

Then upturned the ground where my body was laid.

My sister recognised me by a missing tooth,

And the green handkerchief hinted the truth.

Bury St Edmunds was where my murderer was tried:

“My sentence is just; I deserve my fate.”

This tale was mine, of love and foul play,

For it was the story of my dying day.

Image by David Mark from Pixabay