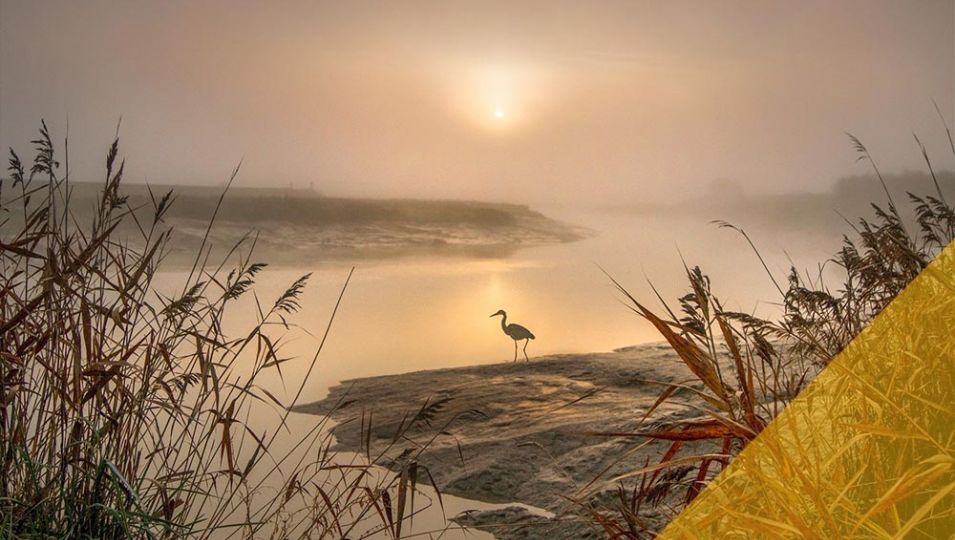 A crow croaks. Magpies chatter to each other from the trees. A peewit peeps somewhere in the distance. The willows reach down and shatter the glass-like water. A kingfisher darts from one side of the bank to the other as the sun slowly rises above the reeds.

I row along silently, the mist twisting and turning around me.

As I approach the riverbank, I peel back the curtain of willow and enter another world.

The fens are always silent but underneath the shade of the trees, I feel I am completely alone in the world.

Winter is only just coming to a close, and as we say here “when the willow buds, the eels come out the mud”. Soon the eels will be fat as butter.

I can hear them begin to whisper to each other.

I submerge a woven willow trap in the dark depths of the water, I place each trap as carefully as I can, as if it were made of porcelain. Once each one is set down as carefully as possible, I leave.

By the time I return to my home it’s just dark. I light a candle and make my evening meal. Afterwards, I sit down by the fire, whittle a bit and weave a few more traps. It’s a calm and still night outside.

Just as I’m finishing my tasks and making my way to bed, there’s a knock at the door. I hesitate. I live miles from anywhere so I wonder who it could be at such a late hour. As I open the door and extraordinary gust of wind makes its way into my home, extinguishing my candle and plunging me into darkness. With my heart pounding, I scrabble to relight it. Once it’s relit, I tentatively make my way to look outside but realising already that no one is there, I close the door and go to bed.

That night I cannot sleep, the whispering of the eels gets louder and louder as I toss and turn, sweating and shivering all at once.

As the sun rises, I quickly dress and make for my boat. I row out to the same spot as yesterday.

I row, with some haste but not frantically. I can hear their whispers, again getting louder and louder with every flick of the oars.

Their voices are so loud that I cannot row any longer.

I look round, not knowing what to expect.

I reach my hand into the jet; I feel them twist and snake round my wrist. They pull and I tip over into the watery depths.

They wrap themselves around me, weaving and darting like one of my own willow traps.

I close my eyes, delving into a darkness of my own.

The water is still.

With a flick of my slimy body, I dart away into the distance.

Image by Adrian Campfield from Pixabay