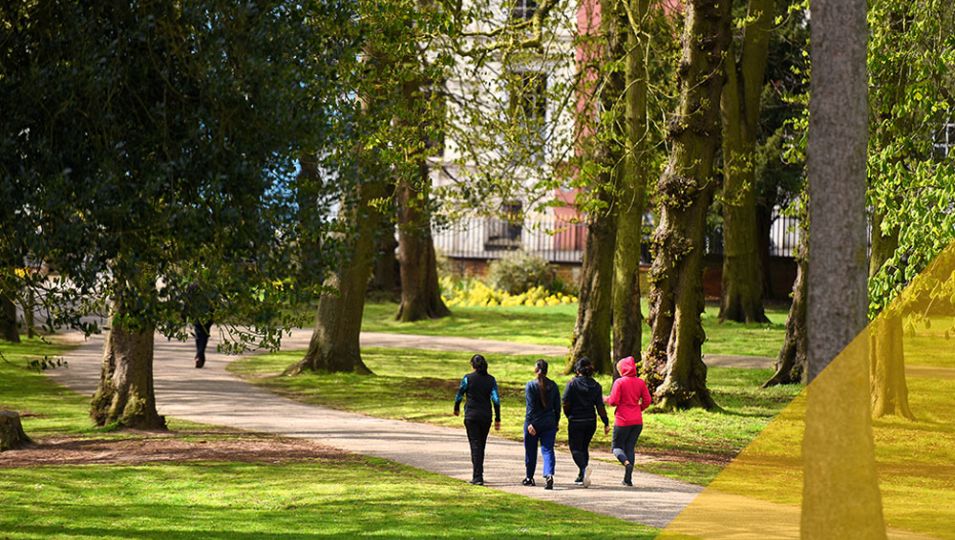 I’m beginning to become reminiscent. Sentimental about simple things. Thinking I’ve taken places for granted. Like the park. Not in the sense I had as a child when I’d go there to play and always whine about having to leave, no, never that again. The sense that it’s a lovely place to get lost. Either following the paths or wandering across the greens it always felt like there was something off in the distance when I was younger. Going there during it all it was like an expanse I had never explored before. Past all the hills were twisting roads blanketed with foliage that intersected like a web. You can loop back around and take a different way every time to feel pleasantly active.

At the top of the hill is that playground I mentioned and played in. It changed a lot over the years. The one thing that did, I think. The rest is the same; the steep hill I ran down and hurt myself on, the chairs, the buildings. Perhaps the trees remaining untouched helps keep this comforting familiarity. Preserving simplistic childhood memories.

It’s fitting the statues are there then. You cannot miss them. Two small spires and a sun all atop plaques. I never read them. I don’t think most people would. But they’re still standing and might even outlive me. Forever paying homage to the soldiers and martyrs. I feel like I should read what they say when it’s all over, since we’ll also probably fall to being ignored in the future.

In the middle is the manor, it’s unmissable. There’s a garden outside of it that is quite lovely as I recall, though that’s for all we recall. I remember touring that giant house of history and recreation with the constant want of moving on. It was quite impressive though. Probably still is. Fitting that it’s the figurehead of a place that retains so much similarity.

I can recall playing in the park. That time I fell and grazed my knee badly. The long walks I would take snaking inbetween the greenery and seeing all I could because I couldn’t do much else in this time. Despite all the good and bad it’s still a fond place, something that I can remember and revisit without fear of change. A constant in a time of turbulence. That’s all we need, sometimes. Nothing grand, or mind-blowing, or perhaps even that interesting. Something ever-present amongst the change. Mine is a park I still like to walk in.