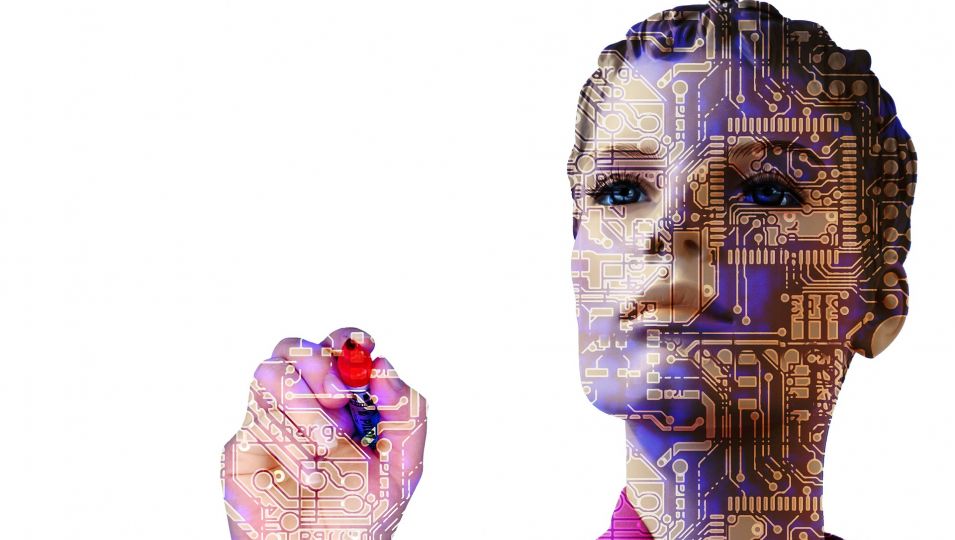 I read Dr Peter Cochrane’s blog The Sociology of Things with great interest. With his background in engineering, it is encouraging to see him reach across disciplinary divides and engage with sociology. Indeed, I firmly believe that if we are to stand any chance of mediating the complexity the world presents, we need to make greater efforts to scale back the methodological divisions between disciplines, noticeably between the natural and social sciences. As a social scientist, I am keen to engage with three points that Peter raises in his blog and – hopefully – develop further. First, his regard for ‘rules’ of sociology. Second, his desire to develop a sociology of artificial intelligence. Finally, his aspirations to help facilitate a genuinely sustainable society.

To speak in terms of rules or laws has become unfashionable in the social sciences. Notably, one of the founding fathers of sociology, Émile Durkheim, is maligned in some quarters precisely because he sought to distil what he described as the ‘social facts’ of society (e.g. Tilly, 1981). In place of ‘rules’, ‘laws’ or ‘facts’, it is now popular to frame social scientific research through an interpretivist lens, drawing epistemological inspiration from social construction (e.g. Berger & Luckmann, 1961), discourse (e.g. Foucault, 1969) or relativism (e.g. Margolis, 1991). In many respects, this is no bad thing; it has enabled scholars to challenge assumptions and recognise that human behaviour is the manifestation of the infinitely multifaceted interactions between agency (autonomy) and structure (determinism). This should not suggest, however, that we must dispense completely with the idea of rules. Most social scientists would probably accept, for example, that ‘change’ and ‘complexity’ transcend culture and characterise all aspects of human behaviour.

Now, for sake of argument, let us assume that complexity is indeed a rule. What interests me foremost about complexity is that it enables us to recognise the degree to which the world around us – physically, socially and culturally – is characterised by paradox. 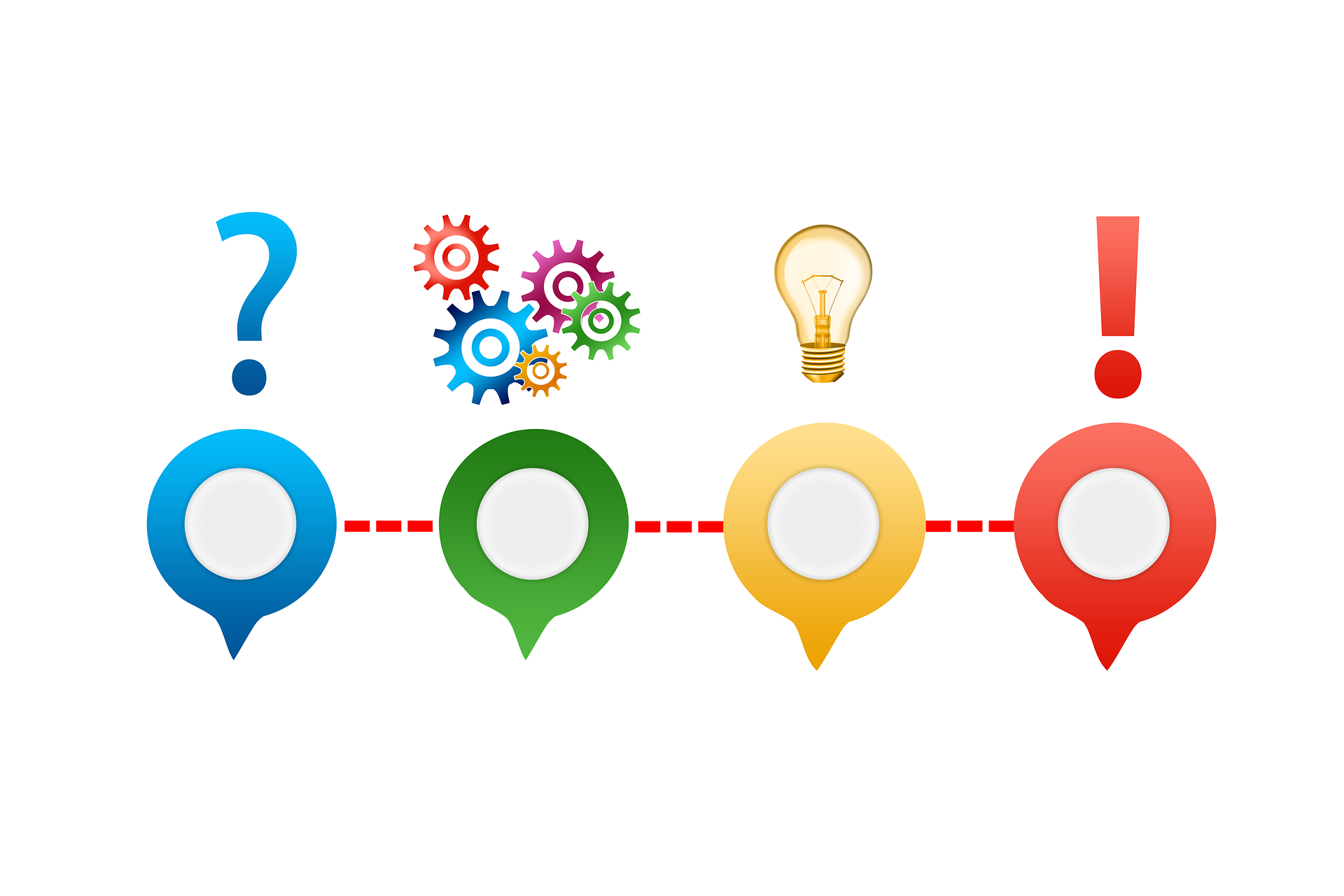 The Oxford English Dictionary defines paradox as ‘a seemingly absurd or contradictory statement or proposition which when investigated may prove to be well founded or true’. My own research has revealed that this definitional assumption that paradox is limited to statements or propositions obscures the empirical reality. As I have argued elsewhere, paradox often refers to a ‘manifestation of contradiction or conflict.’ (Vine, 2018: 276; emphasis added). Paradox tends to trouble us. Why is this? It troubles us because we are schooled from an early age to think in terms of “cause-and-effect” or – in the humanities – “beginning-middle-end”. Such instruction is, of course, a gross oversimplification. Just ask a physicist about relativity, a psychoanalyst about repression, or a literary theorist about Shakespearian self-fulfilling prophecy. For Marsden (1993: 115), ‘there can be no power without resistance because it is the relationship between A and B that causes the behaviour of both”. Furthermore, as Nietzsche [1887] (1989) has argued, ‘contradictions seduce one to existence’. We inhabit a world characterised by paradox, and it deserves analytical attention.

My ongoing research reveals that paradox pervades the sciences, social sciences, humanities and arts. Paradox reveals an existential pattern which seems to span the web of human experience. Albert Einstein, for example, teaches us that common sense is a set of prejudices (what I call the ‘paradox of sound judgement’). In economics, John Maynard Keynes recognises that our natural reaction in times of recession is to save, despite the fact that this reaction further intensifies economic downturn (known as the ‘paradox of thrift’). In politics, an appeal to the political left tends to strengthen to resolve of the political right, and vice versa (what I call the ‘psephological paradox’). In my native field of organization theory, operational mistakes are simultaneously caused – and purportedly solved – by an appeal to greater proceduralisation (what I call the ‘paradox of bureaucracy’).

And, finally, an experience many of us are familiar with: a night of heavy drinking is typically accompanied by the inevitable hangover (just one example of the pervasive ‘pleasure paradox’). I’m just scratching the surface here. The point is that it does not seem to matter where we turn; our world is awash with paradox, both in terms of academic enquiry and everyday lived experience.

So how does this relate to Peter’s blog? Well, an existence characterised by the sort of complexity presented by paradox is going to prove difficult to model. In fact, I would venture so far to suggest that it cannot be accurately modelled. I say this not as a glib defense of the sanctity of the human condition. Take Einstein’s point about common sense — how exactly can we model the idea that common sense is a set of prejudices? The difficulty associated with holding two or more contradictory ideas in human behavior is labelled cognitive dissonance; as human beings we must each learn to cope with life’s inherent contradictions. Will machines be able to do likewise? I’m not convinced that they will. It’s also worth stressing that the very act of attempting to model human behavior will – by virtue of the observer effect - adversely affect it. And this is yet another paradox.

Paradox can be tentatively described – paradoxically - as a vague ‘rule’ of sociology. Historically, our epistemological bias towards a conventional linear logic has primed us to attempt to ‘solve’, ‘resolve’ or ‘dissolve’ paradoxes. I argue that an alternative (and surprisingly fruitful) approach is to examine the patterns – both systemic and existential - produced by paradoxes in a bid to understand better how they shape our lives. 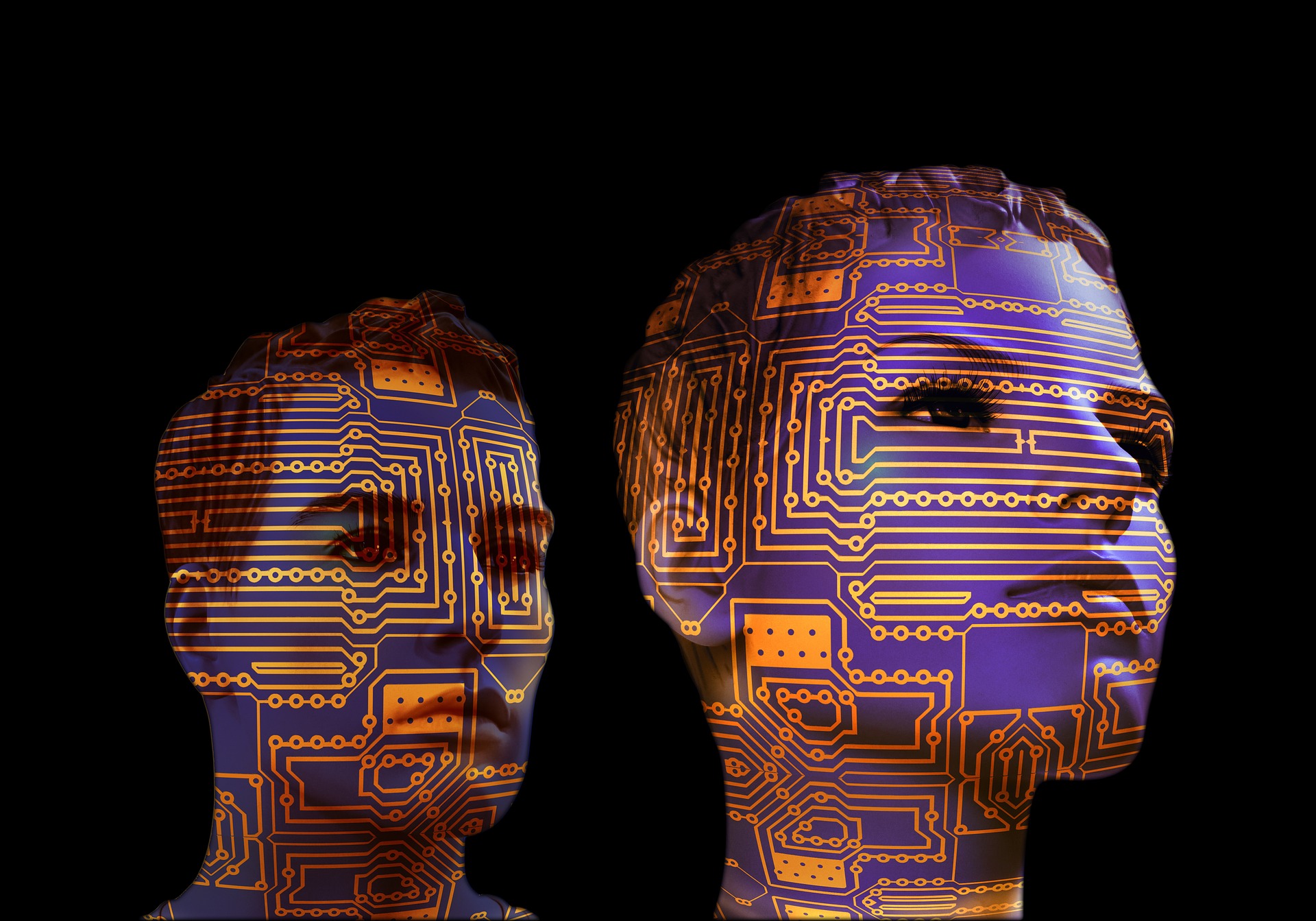 A sociology of artificial intelligence (AI)

Peter suggests that research may one day enable us to formulate a picture of AI sociology. This is a tantalising prospect for a social scientist. Of course, scholarly investigations in respect of android epistemology (see for example Ford et al. 1995) are not new. However, like Peter, I get the feeling that we are beginning to take these questions more seriously. And paradox is relevant here, too. If I am right, paradox is what makes the existential concept of ‘being’ unique. Paradox is a salient characteristic of our sensorium. On the one hand, paradox renders human life staggeringly complex, chaotic and difficult to fathom; on the other, it makes for an arresting, spirited and ultimately rewarding existence. Paradox keeps us on our intellectual and ideological toes.

A hypothetical world without paradox could feasibly be inhabited by non-conscious life in which straightforward linear cause-and-effect reflexes maintain existential bearing. Put another way, in a world without paradox, life could technically be reduced to a predetermined calculus (and the concept of being would become meaningless). Conversely, a world characterized by paradox requires of its inhabitants an ability to maintain contradictory positions and beliefs; it necessitates existential manoeuvring, ongoing ontological re-adjustment and an ability to maintain some semblance of balance; these, it would seem, are possible only by recourse to conscious agency. And, interestingly, this position has implications for the prospects of AI. Can we seriously envisage a world in which AI is able to transcend cause-and-effect reflexes and mimic the existential manoeuvring required to survive autonomously in a world characterized by paradox? I’m not sure that we can. I think that any discussion of AI, particularly in respect of android epistemology or machine consciousness, will inevitably have to ask itself whether AI premised on silicon-based technologies could cope in a world riddled with paradox, irrespective of how sophisticated the programming behind its constituent algorithms had become. 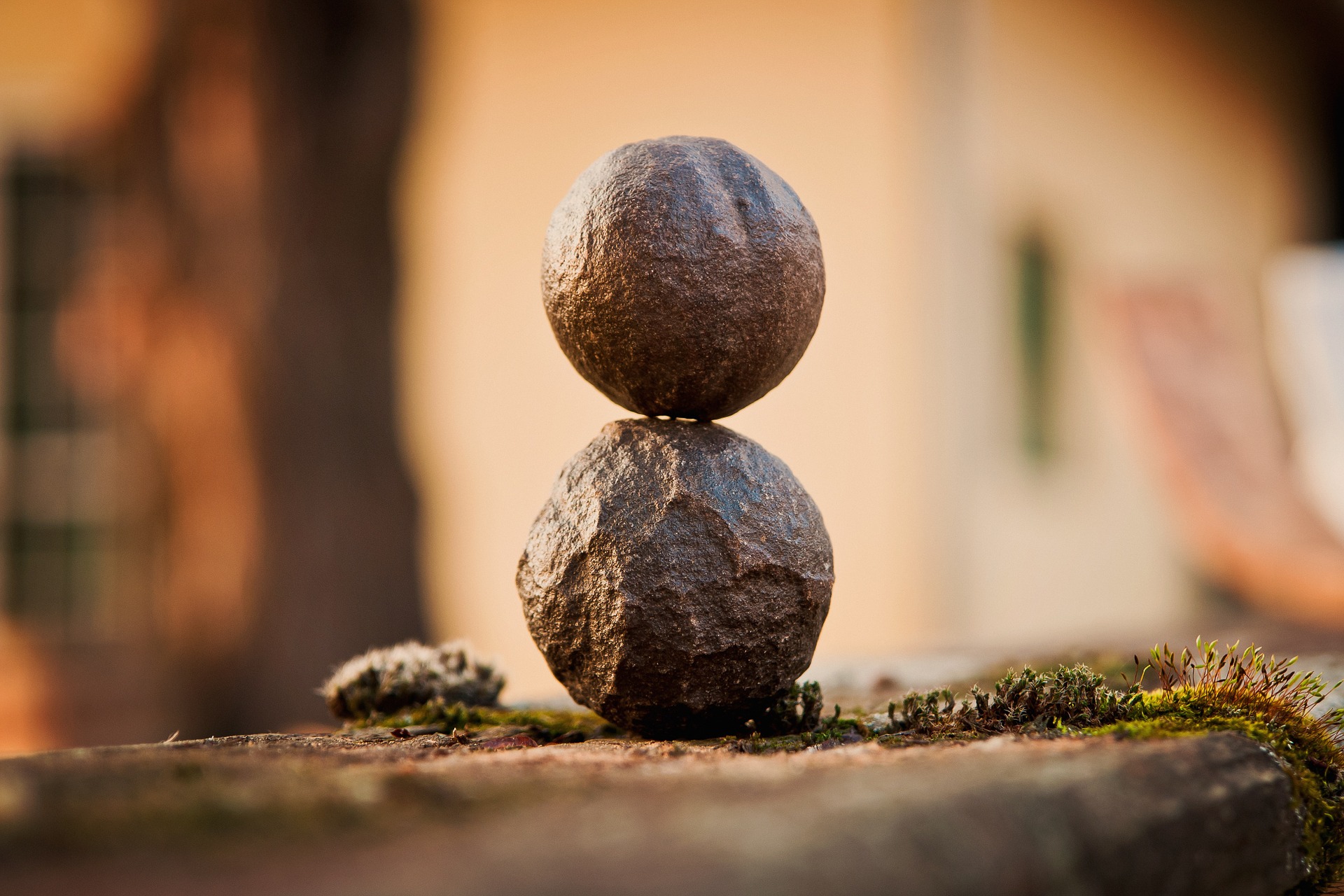 So this brings me to Peter’s point in respect of sustainable societies. The pertinent question to ask ourselves here is in what sense? We must not persuade ourselves that even with judicious calculation we can be the architects of a society that is ‘ideal’ or in some way at peace with the human condition. Leaving aside Nietzsche’s [1886] (1989) notorious argument urging us to move beyond hackneyed conceptions good and bad, moral and immoral, I note here another paradox: that of the relationship between utopia and dystopia. How many utopian ambitions have been sustainable? The answer is none. But how many have resulted in the very opposite of what they set out to achieve? History offers a plethora of examples of just this. Utopian aspiration almost always descends into dystopia.

So in what sense might we talk of sustainability more meaningfully? I think it is about balance. One of the broader objectives of my ongoing research is to develop a comprehensive model which articulates the practical potential for paradox and in so doing usher in an ontology of balance. Although ‘balance’ is an extremely commonplace motif, the concept has not been given anything like the amount of intellectual interrogation it warrants. How, exactly, might we go about leading ‘balanced’ lives? It is here, of course, that we might rekindle the Aristotelian concept of the ‘golden mean’, a desirable middle position between two poles.

Balance might also be achieved through genuinely multi- and trans-disciplinary pursuits. A good start, of course, is to establish clear dialogues between different scholarly traditions. A multi-disciplinary schedule of research will make us savvier human beings. We will learn to navigate paths between the extremes that constitute the poles of each paradox discussed here, and many more besides. We will learn how to strive for desirable ends without falling victim to countervailing forces. We will learn how to present arguments constructively, without succumbing to ideological or moral closure. Peter has already provided one such example of how this can have practical application. In one of his excellent out of hours guest lectures at the University, he explained how our preoccupation with recycling (which in spite of the positive public discourse in which it is embedded, can never really be a truly sustainable choice given the laws of entropy) is preventing us from exploring better solutions. This is the sort of insight that we need to share more broadly!

For me, the sociology of things must bring together disparate subject areas and methods in an open, fruitful dialogue. It should never consider itself ‘complete’. Here’s hoping a scholar from a yet another academic field picks up the baton. Perhaps they will identify other tensions, contradictions and paradoxes. In turn, this will hopefully inspire new intellectual endeavours, open up different empirical and epistemological directions and – more generally – enable the active sharing of knowledge and insight between disciplines.