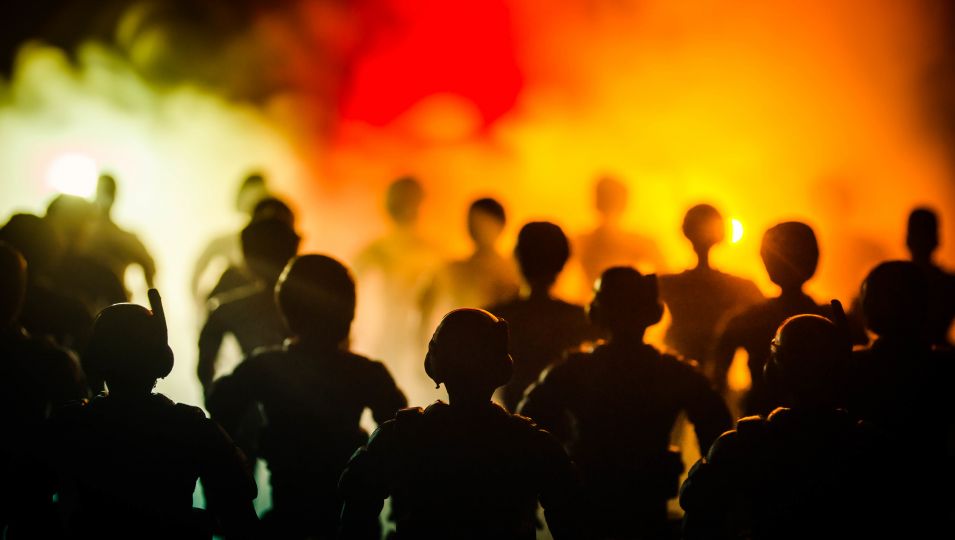 Criminology, arguably more than most other academic subjects, is inherently interdisciplinary in its nature, and often shaped by the personal life experiences of its researchers. Within a cohort of criminology students, you will often find police officers studying policing, individuals researching crime in their home areas, and former military personal investigating crimes in war zones. Moreover, there is now an established body of ‘convict criminology’, whereby ex-offenders go on to study criminology from their particular perspective.

My own journey to criminology can be attributed to many reasons, but what propelled me into full-time research was being witness to, and seeing the aftermath of, the riots of 2011.

In summer of 2011, England witnessed its most serious set of riots in recent history . Large parts of the country’s major cities came under sustained attack from rioters: shops and commercial premises were looted and set ablaze, public and private homes were destroyed, and there was even the loss of life in Birmingham. It was, in many ways, a summer of collective rage and anomie, the figurative shadow of which continues to loom large over a country where youth violence is reaching record levels (Maitra 2017). At the time, I was living ten-minutes away from Croydon, one of the epicentres of the riots: businesses were looted, Reeves Furniture Store was burnt to the ground, and I received real-time updates from friends and family barricaded within their business premises. The next morning, glass was strewn across the pavement, as tapes reading ‘Police Line – Don’t Cross’ were drawn across the charred storefronts.

I soon returned to my work at a tutoring centre where many of the students had been expelled, had family members involved in jail, or involved in gangs or drugs, and whose schools were crucibles of  gang activity. They had almost all personally been affected by the riots, and I was keen to investigate whether there are ‘warning signs’ to gang activity, and whether a modern society should be able to vitiate the entrenched practices of street gangs in areas of acute deprivation.

Having completed my PhD, and almost a decade on from the riots, the criminological studies (see, for example, Lewis et al 2011) and national conversations which pervaded British society in the immediate aftermath of the riots have largely disappeared. In more general sociological discourse, sociologists refer of cultural trauma, a phrase used to describe collective remembrance of painful, national events (Ushiyama and Baert 2016). Whilst the riots led to few fatalities, they still left a powerful collective cultural memory.

My eventual research did not take place in London, but rather, in Greater Manchester. My research was primarily conducted with gang-members, mainly based in two-prisons: over a three-year period, I interviewed over 100 participants, including prisoners, prison officers, street gang members and community leaders. The riots of 2011, which had also taken place throughout Greater Manchester, were a motif that would regularly appear during interviews. Throughout my study, I investigated the different ‘types’ of gangs, ranging from loose, youth-peer groups to organised drugs gangs. For several gang members, the 2011 were a formative experience in which to show resistance and defiance towards authority and the Police; a highly symbolic act in which individuals also gained financial rewards and strengthened their gang identities.

Moving to the wider, national situation, there is now a yearly increase in serious youth violence, with gang members disproportionately represented as perpetrators and victims of such violence (Densely 2013). When interviewing prisoner gang members,  several causal factors were regularly cited as leading towards this involvement in crime: chaotic home lives, father absenteeism, criminality within the family, poor schooling and material deprivation. Writing in 1989, William J Wilson referred to the ‘truly disadvantaged’ when referring to the inhabitants of such areas of acute social deprivation. Undoubtedly, austerity has underscored such disadvantages, but so too have we seen the pernicious effects of the normalisation of violence in the inner-city.

In particular, what I have termed ‘violence contagion’ occurs when force and hyper-masculinity permeate multiple levels of society: when the media, popular music and entertainment glamorise aggression and dominance (whether in the boardroom, the legislative chambers or in music videos filmed on estate stairwells). Power becomes a commodity sought after by any means necessary. When this power cannot be harnessed, or sustained, then the aggression is transferred to destructive rage. In my view, the 2011 riots, which have remained under-analysed, were a stark example of this issue. If we truly want to approach violence as a public health issue, then we need to create holistic programmes to stop its 'contagion'. This starts with not forgetting major incidents of national trauma as if they never happened.

Ushiyama, R. & Baert, P. (2016). Cultural trauma, counter-narratives, and dialogical intellectuals: the works of Murakami Haruki and Mori Tatsuya in the context of the Aum affair. Theory and Society,  45: 471.