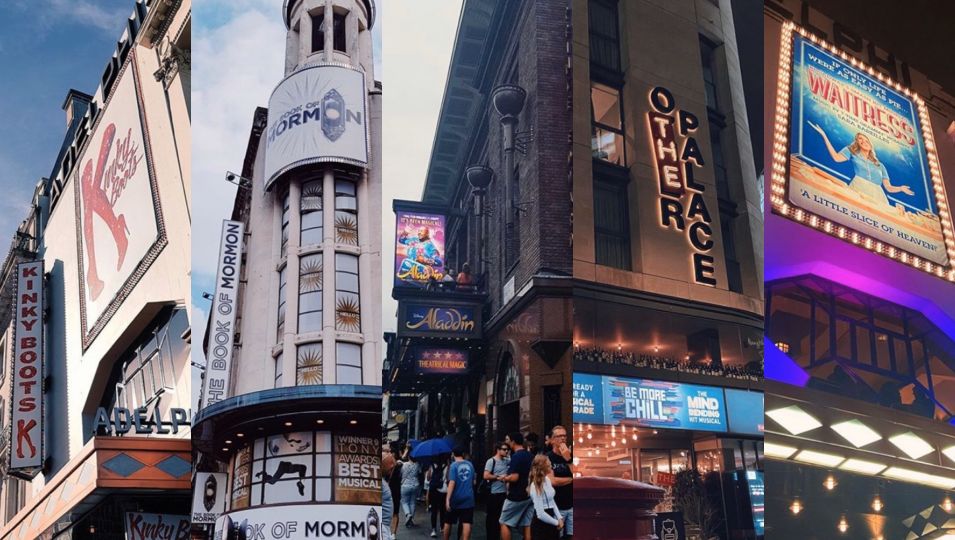 If you are reading this post then I am guessing you are either a fellow theatre lover like myself, or you are interested in broadening your horizons with what to watch during this extended period indoors! Well, my friends, you are in luck as today I am sharing some of my top picks for shows, plays and musicals to watch that have been made free for all to enjoy during this strange and unusual period of time.

The musical legend that is Andrew Lloyd Webber has made a new series entitled ‘The Shows Must Go On’ where he is streaming one of his musicals online for free every weekend, beginning on Fridays at 7pm and being available to watch for 48 hours only! The series kicked off with the 2000 adaptation of Joseph and the Amazing Technicolour Dreamcoat and is continuing with the 2012 production of Jesus Christ Superstar. Check out his channel for more details!

A smaller independent theatre, the Curve based in Leicester, are also releasing archived footage of some of their award winning shows including Memoirs of an Asian Football Casual (available until Friday 24 April) and The Importance of Being Ernest (until Sunday 12 April) Watch via their website.

The National Theatre have also created a new online series called the National Theatre at Home, where archived performances of its productions are available to watch online for free for one week only with them initially being live streamed every Thursday at 7pm on their YouTube channel. Their current performance schedule is as follows: One Man, Two Guvnors (from 2 April) Jane Eyre (from 9 April) Treasure Island (from 16 April) Twelfth Night (from 23 April) with further titles to be announced so be sure to check them out if you can!

The Globe are releasing an expansive selection of online resources, including six of their main stage productions which will be available over the next month. Streaming every Monday at 7pm each performance will be available for two weeks, their current line-up is as follows: Hamlet (from 6 April) Romeo and Juliet (from 20 April) A Midsummer Night’s Dream (from 4 May) The Two Noble Kinsmen (from 18 May) The Winter’s Tale (from 1 June) The Merry Wives of Windsor (from 15 June) Watch online.

Another independent theatre based in London, Hampstead Theatre, have created #HampsteadTheatreAtHome in collaboration with the Guardian and are re-releasing live stream recordings of three of their hit productions. The current schedule beginning every Monday is as follows: Wild (from 30 March) Wonderland (from 6 April) Drawing the Line (from 13 April) Watch online via their website.

Pentabus Theatre Company are also releasing recordings of their past shows every Friday at 2pm. Shows will be available to steam for the next three months. Current shows include Here I Belong (from 27 April) and Crossings (from 3 April) Check out their website for further details.

The Barn is another small independent theatre in Cirencester. They have released their hit production Henry V is available to stream online now.

Gecko Theatre is an award winning and internationally acclaimed physical theatre group based in our own town of Ipswich! They have generously released a whole playlist full of their old productions on YouTube. Check them out!

With all these productions for free, it is important to remember that many of these smaller theatres especially are struggling in these difficult times so if you enjoy the performances and want to contribute in a small way most theatres have links to donation pages on their websites so that they are able to stay afloat when they are unable to open. My list is a very small one compared to the huge range of theatre that is constantly being released so let me know in the comments if I have missed your favourite show or musical!

Thank you for reading and stay safe and indoors in these difficult times, and then we can all go out and enjoy the live theatre again soon!