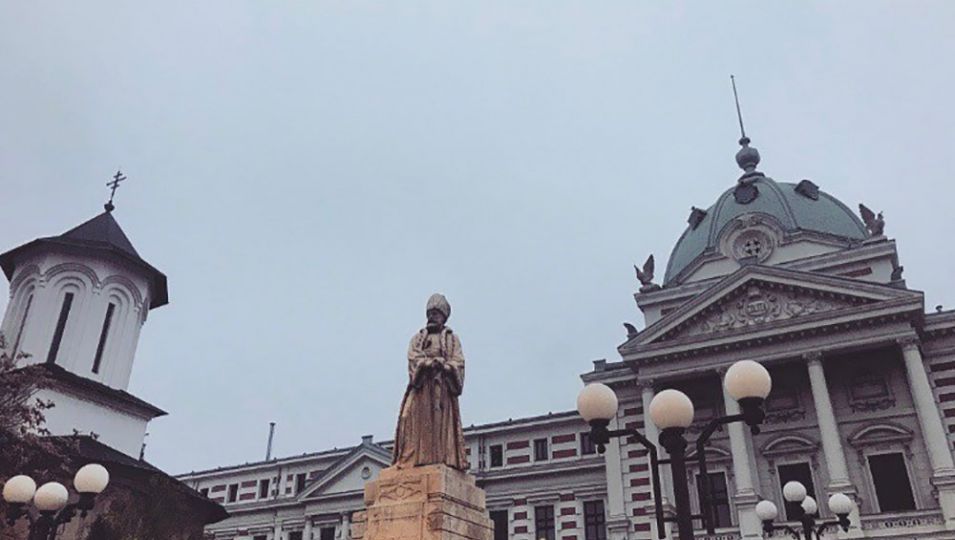 As a relatively new researcher at the University of Suffolk, I was asked to write about my experiences of not only attending but also speaking at my first international conference. So as I need somewhere to start this blog, I’ll start at the beginning; Stansted Airport – or more precisely, the hotel at Stansted Airport.

Cautious of booking somewhere overpriced for my somewhat thrifty line manager and myself, I determinedly sought advice online and felt very proud to find a bargain hotel near the airport for an early dawn flight. However, as my satnav steered us up not a garden path but a remote farm track, self-doubt set in. Fortunately, the technology had not let us down and we were in fact in the right place – though conversely, the reviews on the various websites I had consulted were more misleading…

The 20ft tall, freehand-painted fresco of ‘Adam and Eve, the Peacock and the Strawberry’ in the main hall/bar/dining room/lounge/disco area was apparently reminiscent of the 1990s home improvement series Changing Rooms (as eloquently yet alarmingly too enthusiastically described by my colleague, as I’m far too young to have sat through such TV gold).

In the brave spirit of anthropology and as entrepreneurial ethnographers, we checked in and settled down to observe the resident culture. I won’t tell you what I thought about the local cuisine, but stubbornly optimistic, I looked forward to something more exciting and adventurous the next day.

I was not to be disappointed. Stansted at 6am is like a vibrant and lively metropolis. We got a very warm reception from the airport security staff too, as evidenced by the highly attentive examination I was subjected to, having forgotten to remove a small bottle of shampoo from my suitcase. But I survived the humiliation of the ‘search’ and ‘please open your bag’ routine in front of my university colleagues. And so we finally arrived in the departure lounge, ready to embark on my first international conference.

The event in Bucharest was focused on the circular economy (an ideology that looks to keep resources orbiting in use for as long as possible to extract maximum value from them; then recover, regenerate and recycle products and materials at the end of the resource’s lifecycle). 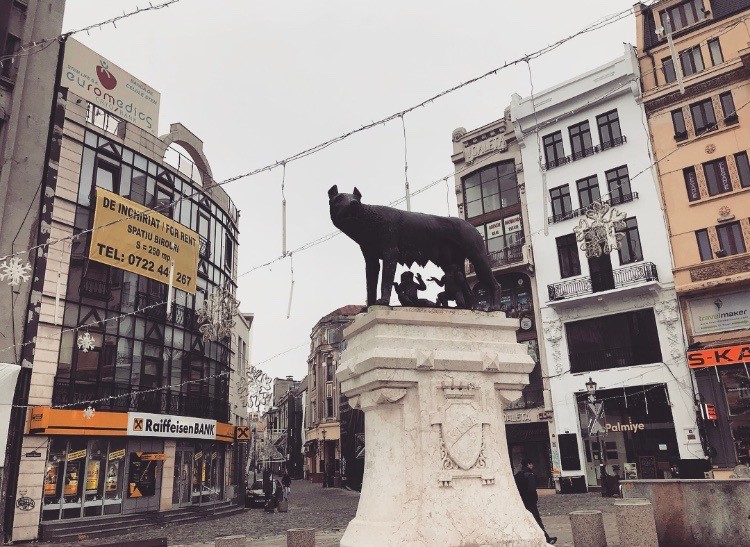 The conference had attracted an international audience from across Europe and beyond. So I was very nervous. Thankfully, my eight colleagues from the University of Suffolk were incredibly supportive, encouraging, and attempted to bolster my teetering confidence throughout the lead up to my presentation by suggesting mindfulness exercises and various public speaking, confidence-boosting techniques.

Before my time to shine, Professor David Collins, the head of the Suffolk Business School, made the audience laugh as he spoke very eloquently about mosquitoes (I’m sure he’d be happy to explain this to you). Next, Professor Christina Marta Suciu from the Bucharest University of Economic Studies spoke with such passion about the crucial importance of the circular economy that I worried how I compared, with little experience of presenting let alone attending International conferences. I ended the morning feeling very daunted and very wary about making my debut on the academic stage.

I’d spent hours putting my slides together, checking for typos, had learned my script off-by-heart, and rehearsed my timings. But my flight reflex wasn’t going away without a fight, and as we entered the room designated to afternoon workshops, my heart was racing so fast I thought everyone could hear it pounding against my rib cage.

I was tasked to speak about the research we’d undertaken earlier in 2017: evaluating a café in Lowestoft offering employment and volunteering opportunities for young people, to support them by fostering skills and experience. As the circular economy looks to maximise social capital too, our study provided an interesting case study.

I found my way to my allocated seat and sat down. I noticed that my fingers were crossed in a misguided attempt at warding against getting any awkward questions.

Suddenly, the room was in a frantic discussion and a frenetic multinational debate was quickly underway. The lead connecting the laptop to the projector didn’t fit. With the diplomacy of the UN (and I vaguely recall being part of the decision-making process) the presenters in the panel unanimously agreed that we would present without slides!

Thankfully, all my hard work didn’t go to waste. From all that preparation, I must have internalised my points because from somewhere I found my voice (although I’m still not convinced it was mine). I delivered my slide-less presentation and was fairly surprised by people’s genuine interest, as expressed in the comments and questions that followed.

So not only did I survive the experience of my first international conference but Vanessa and I were able to meet Dracula! 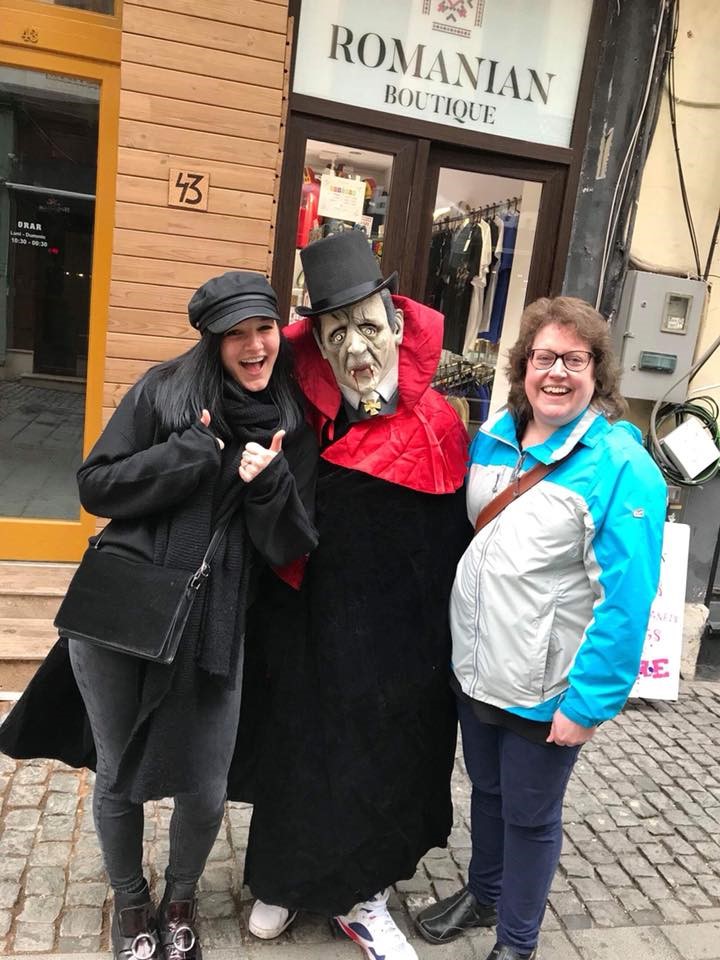 On reflection, I think I did more than just survive the experience, I thoroughly enjoyed it, and so I would like to thank Spiru Haret University and Andreea Tocca from the University of Suffolk for giving me the opportunity.

For the record, following my inaugural international presentation I’ve since spoken at another two conferences. I’m not sure I was any less nervous but at least my slides worked!