Suffolk History is currently ranked at No.1 for student satisfaction within the Complete University Guide (CUG 2020) and has been so placed in 9 of the previous 10 years.  Similarly, History is ranked at No.2 in the UK in the most recent Guardian University League Table (2019).

The team welcomes research applications with a focus in the following areas for the early modern and modern period: rural society and agriculture; environment; crime and punishment; military history and gender history as well broader art historical topics, in particular.

Research in English and Creative Writing

Our English team place emphasis on the way in which the past influences our present and value the use of empirical evidence to challenge, to inspire and to foster the creative process.  Our location in Suffolk is important to us.  Placing Suffolk histories and records at the centre of their research activity enables our award winning writers and internationally respected academics to employ the power of past heritage to fire the imaginative process.

The research team would encourage research applications in creative writing, oral history, literary theory, and the poetry and prose of Suffolk, in particular.

PHOTOGRAPH CAPTION: The Union House, Wortham From Reverend Cobbold's 'Features of Wortham in the summer of 1860'.   The volume contains illustrations of each of the buildings or places in the village of Wortham and written notes on the occupiers.  Many are watercolours but some are apparently pastel with some kind of glaze.  Executed in the 'primitive' style. Cobbold is outspoken in his condemnation of the Poor Law and of the way that the poor were treated and was very sympathetic to their plight.  He worked for a time as Chaplain to the Union House and saw for himself the way the whole system worked, from both sides.  In many places in these books he points out the desperate conditions in which people lived. 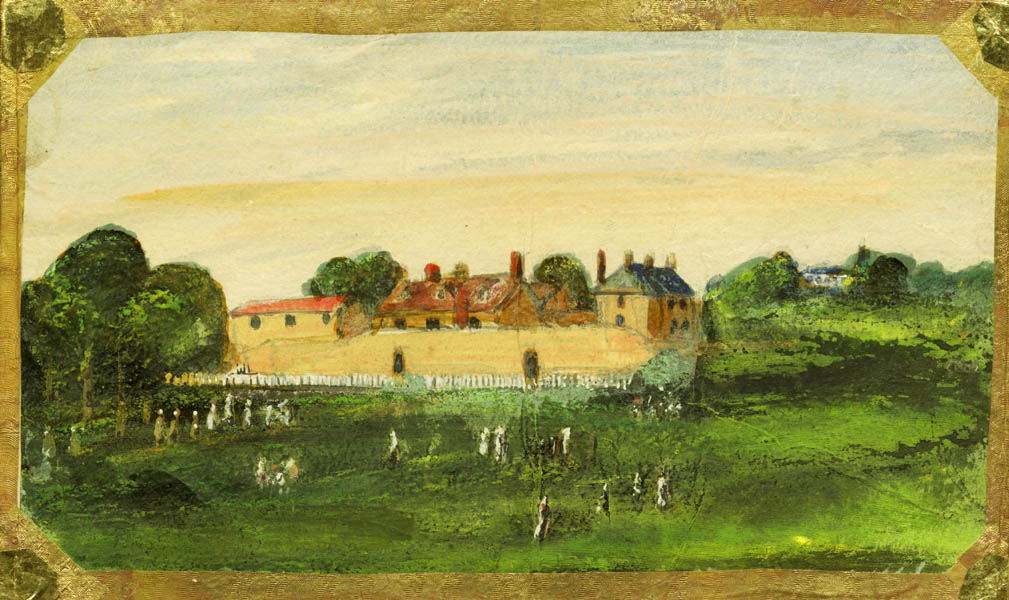