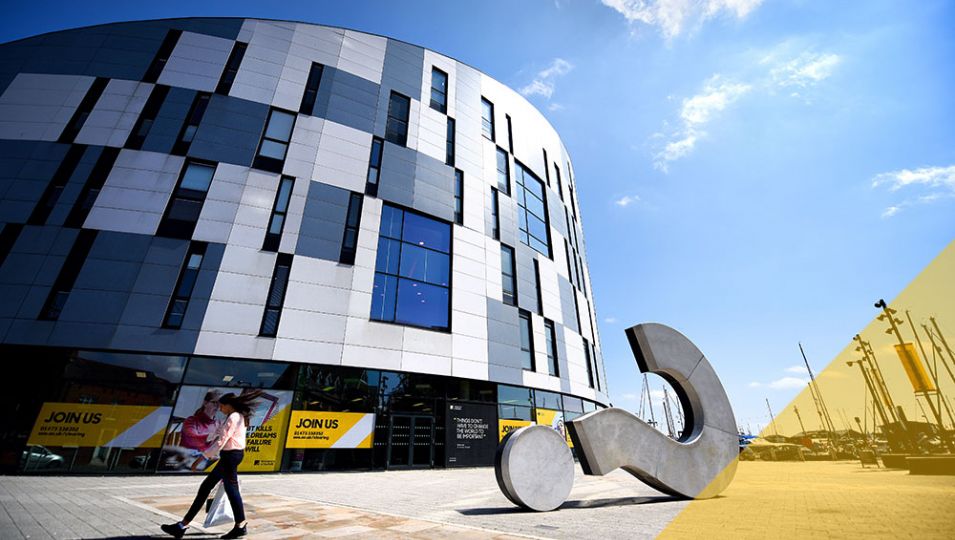 With A-Level results due to come out on Thursday 15 August this year, thousands of students across the country are waiting to find out where they will be going for the next step in their education.

Back in the summer of 2016, I wasn’t fully decided on where I wanted to go to university, and looking back on this time, almost three years later, I thought I would share my experiences of what it was like to come to the University of Suffolk through Clearing.

Unlike most prospective university students, I didn’t take A-Levels or BTECs, as I left school at sixteen and worked in a few different jobs until I was nineteen. I’d really not liked being at school, but I had always loved learning new things, so I tried studying with The Open University. I enjoyed this, but I felt I really wanted to experience attending a physical university.

As I hadn’t stayed on at sixth form or college, I assumed it would be hard to me to find a place on an undergraduate degree. However, to my surprise, I was offered places at all three of the universities I applied for through UCAS, mainly due to my Open University studies and the life experience I’d gained through working.

I confirmed my place at a university in another county and planned to commute every day. Every year, plenty of people gain entry to university through ‘non-traditional’ routes, so this goes to show you don’t necessarily need to go straight into sixth form or college to get into university, if you don’t think that would be the right choice for you!

As September approached, I started to have doubts about whether I really wanted to spend lots of time and money commuting every day to university, and whether a big university would suit me. After a lot of thinking, I had a look at the University of Suffolk website and decided to enquire about getting a place here through Clearing.

I initially sent an email, and I wasn’t sure what to expect, as I didn’t know whether Clearing catered for people like me who wanted to change their choice of university due to changing their minds, as opposed to not meeting the grades. Fortunately, I had a really quick response to my email and later had a chat with an admissions advisor.

I knew I was interested in the BA (Hons) English course, and I had a call with the Course Leader to chat about the course and my situation. About a week later, I was offered the chance to have a tour of the campus and meet the Course Leader in person. This reassured me that the University of Suffolk would be a really good fit for me due to the location close to home, small class sizes and also the support available here.

I also liked the fact that the University of Suffolk has many mature students, so I wouldn’t feel left out having been out of education for a few years. On the administrative side, everything was sorted really quickly which was great, as I was worried it would be a nightmare changing everything with UCAS and Student Finance.

As I’m sure everyone is, I was quite nervous about starting my course, but everything fell into place really quickly and I knew I’d made the best decision for me.

In my three years of studying here so far, I’ve met lots of students who have come to the University through Clearing, or have moved here after trying a different university for a year and not feeling it was right for them. If you come to Suffolk through Clearing this summer, don’t worry, you will find plenty of people who have been through the process too!