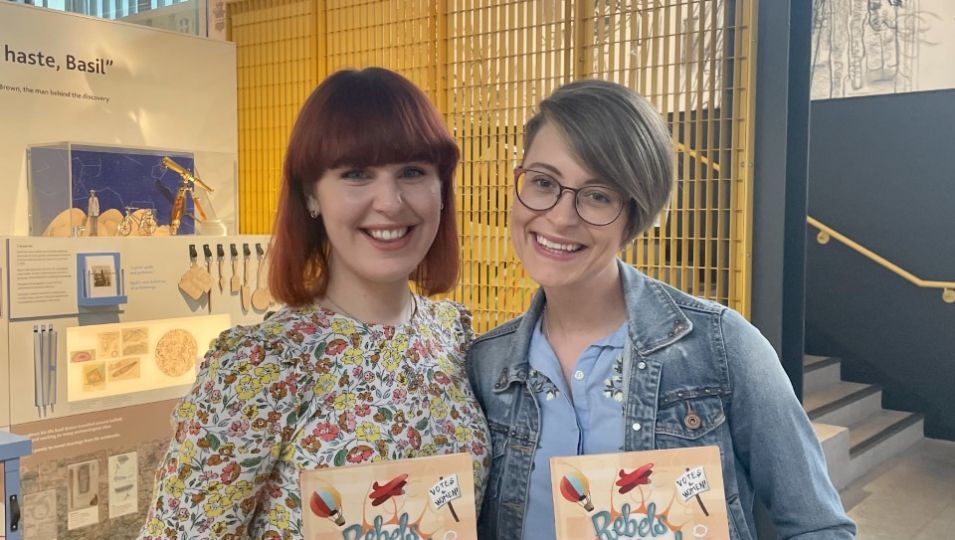 Literature's Young Rebels is a travelling British Library Exhibition, which has settled in at the Hold for the summer. It features original artwork from classic children’s novels, as well as handwritten drafts of stories featuring famous children in literature, from Matilda to Jane Eyre!

To coincide with this exhibition students from the MA in Creative and Critical Writing have published a middle grade anthology of short stories about Suffolk Rebels, introducing some of Suffolk’s most famous faces to a younger audience.

I was fortunate enough to attend the launch of this book last week in the Hold, and today I am going to be sharing my experience of writing my story and being published for the first time in this student anthology.

On the MA in Creative and Critical Writing, there are many opportunities to get involved in external projects, including getting your writing published. Last year saw the publication of Suffolk Folk, an anthology of East Anglian Tales for the 21st Century, with its follow up coming in autumn. I was also so grateful to be able to write a short story for Rebels with a Very Good Cause an additional publication released this year to accompany the Hold’s exciting new exhibition. This opportunity stemmed from one of my modules on Children’s Literature. We were given the list of rebels to choose from and I chose Margaret Catchpole (whom many have heard of because of the pub!)

I chose Margaret because of her loose connections to Constable and my writer’s residency at Christchurch Mansion which I have written about here. Margaret was a servant for Elizabeth Cobbold, wife of John Cobbold who ran one of Ipswich’s biggest breweries in the Regency era. Elizabeth Cobbold was also friends with Constable but there is no clear evidence whether Constable and Margaret ever met, but they knew of one another. Margaret’s portrait by Elizabeth’s son Richard, also hangs in the Mansion today.

I won’t spoil the events of my story but if you are familiar with the life of Margaret then you can probably guess what event the plot centres! My protagonist Clara meets Margaret whilst working for Elizabeth Cobbold. The name Clara is also rooted in reality, I named my protagonist after Clara Reeves friend of Elizabeth Cobbold and fellow writer. I wanted the name to be authentic to the period and I could not find any other names of the Cobbold’s servants.

After submitting and editing my story, I had to wait patiently until the launch to see the finished book but it is so beautiful! The illustrations and design of the book were created by the talented students studying graphic design and they have done an amazing job. We each received a copy of the book from the Mayor who opened the new exhibition and then we got to explore the exhibition (which also features our book!)

I am so grateful to be a part of this amazing project. Be sure to check out Literature's Young Rebels at the Hold as it is open until September 25, and our book Rebels with a Very Good Cause is available in the Hold gift shop.