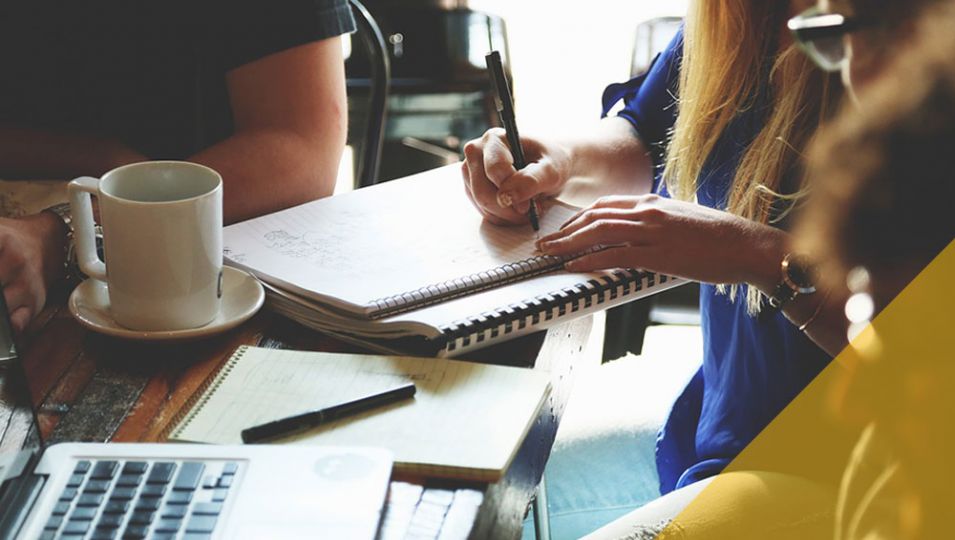 Hopefully during your time so far at the University, you’ve got to know the Students' Union; either through sports, societies, or as a Course Rep. Part of the Students' Union team is made up of Officers; the President, Vice President, School Officers, and Liberation Officers. This team helps to put your ideas into action and improve the student experience to benefit you. They’re elected each year by you, and soon you’ll have a chance to do that again during the 11-15 March. I caught up with some of them to talk about what they do and what their experience as an Officer has been like over the past year.

Why did you run for the position?

“The year before, I was a course rep and by attending the meetings and council I decided there and then that Mature Students Officer was the role I wanted to apply for rather than being course rep again. I felt that I had an insight as to what they would require, and I also felt that I had the skills to go and talk to different people at all the campuses.” Melanie Johnston-Smalley, Mature Students Officer

“At first it was proposed to me by some of the SU staff and I thought to myself, this could be really interesting and a really good use of my time in third year. I would do something fun and something I enjoy and work with some interesting people. I was a course rep, and being a course rep, I saw some of the things I think I wanted to improve and things I wanted to work on so I ran for the position and I’ve really enjoyed it. It’s definitely been worth the time and effort that I’ve put in.” Kevin de Keijer, Science, Technology and Engineering Officer

“Health science takes up over 50% of the University's population, so who better to speak up than someone that doesn't stop speaking!” Sarah Lane, Health Sciences Officer

What do you do?

“As an Officer, you can’t sit and wait for people to email you, or come to you. You have to be more active, going out there and speaking with other people. Sometimes it can be something that’s just said in conversation, and you think “that’s something I can help with”. You do a lot of signposting to other officers or course reps and you manage to link them up as well. I enjoy that, so it’s not just for the students, it’s also working as a team with other officers.” Melanie Johnston-Smalley, Mature Students Officer

“I speak with course reps, get some info from them, try to speak with course leaders and lecturers and try to get a general feel for the courses. What’s going well and what’s not going well. I’ve managed to get some feedback about student engagement, but it’s still something we need to work on.” Kevin de Keijer, Science, Technology and Engineering Officer

“I build dreams and fix problems. I also walk to meetings feeling like a BOSS! (music really does affect how you walk!).” Sarah Lane, Health Sciences Officer

What have you achieved?

“Some simple things, for example, at other campuses, I’ve made sure they have photocopying paper because they used to have to bring in their own. I’ve been to Bury St Edmunds and at the moment we’re trying to organise a library visit because that’s something that they miss out on.” Melanie Johnston-Smalley, Mature Students Officer

“I’ve promoted various internships with the Sciences specifically. Internships are really important for enhancing your student experience and employability and it’s something we still need to work on.” Kevin de Keijer, Science, Technology and Engineering Officer

“A lot of my projects are ongoing but I am proud to say I have collaborated with the Student Union to get pets as therapy to relax our students as the semester two exams approach.” Sarah Lane, Health Sciences Officer

What’s been your most rewarding moment?

“When someone just says “thank you, that was really helpful” it’s something really simple, but rewarding. I’m quite good at problem solving, so for example, I’d advise mature students with children to go to their local library to study during half term because they have different events on for children. Little suggestions and solving issues are really rewarding.” Melanie Johnston-Smalley, Mature Students Officer

“The most rewarding moment as an officer would have to be seeing real changes around the University.” Sarah Lane, Health Sciences Officer

What’s been your most challenging moment?

“Communicating with other campuses. Because I’m based in Ipswich, it can be really difficult to engage with staff and students at other campuses, so that would probably be the most challenging part of my job.” Melanie Johnston-Smalley, Mature Students Officer

“Engaging with students who aren’t on my course. It’s difficult if you don’t know people on that course, though you can use course reps, but it is difficult.” Kevin de Keijer, Science, Technology and Engineering Officer

“I've not had a challenging moment! I love this role and I wouldn't change it for the world!” Sarah Lane, Health Sciences Officer

Would you go for it again?

“Definitely. I’m actually quite disappointed because I’m in my last year so I can’t go for it again." Melanie Johnston-Smalley, Mature Students Officer

“If my course allowed, I would run for it next year.” Sarah Lane, Health Sciences Officer

What would you say to someone running for an Officer position?

“I’d tell them about my experience and directions they can take with the role, but also advise them to make the role their own and work with other officers, work with course reps, and make sure you visit all campuses of you need to for your role because it’s not just Ipswich.” Melanie Johnston-Smalley, Mature Students Officer

“If you want to run for an officer position, I would recommend to engage with the SU staff and make the most of your experience. Everything else depends on what you want to do with the position, and that’s the beauty of it. You can take it wherever you want, it’s your project and you have the support of the SU staff, the support of the other officers and support from the University.” Kevin de Keijer, Science, Technology and Engineering Officer

“JUST DO IT! If you want to make a change then make it, don't just sit around waiting for someone else to do it.” Sarah Lane, Health Sciences Officer

Nominations are now open for all officer roles in the Student’s Union. If you want to run in this year’s elections, click here to nominate yourself.