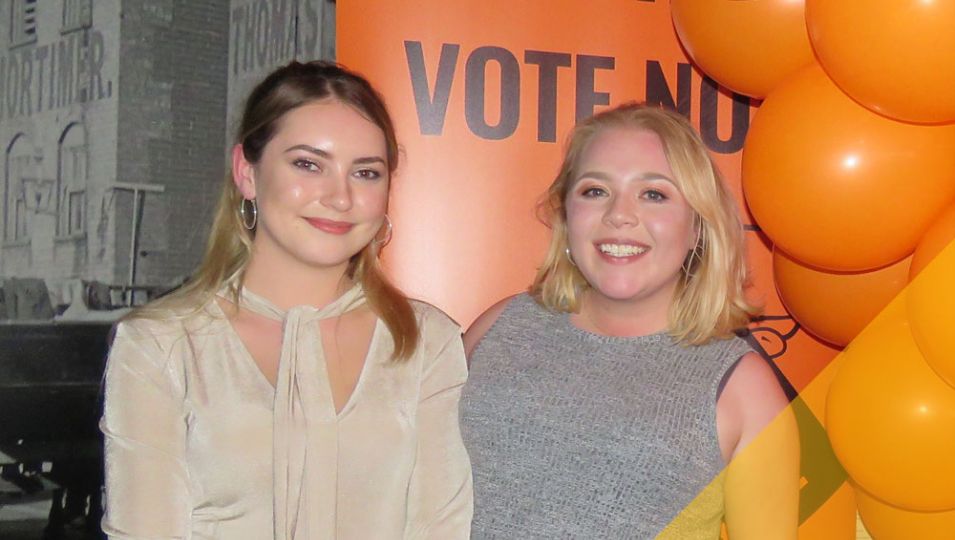 As many of you know, we had our Students’ Union elections recently. This was a great opportunity for students to choose who would represent them in the next academic year, and we would like to congratulate everyone who won. It was both an intense and fun week for everyone. All the candidates were incredibly passionate and active, and it was great to see the amazing voting turnout from the sports teams and societies, many of which recorded over 90% turnout among their members.

We were able to interview Georgia Downs, our new President elect, and Amy Grant, the new Vice-President elect. They gave us an insight into campaign week, and what we will be able to expect over the next coming year.

Why did you choose to run for President and Vice-President?

A: It’s exactly the same for me; I had such a positive university experience. Part of that experience for me is that since my first year I’ve been heavily involved in netball. This year I’ve been president of the netball team which I’ve absolutely loved, and I’d really love to reinforce sports and societies and all the other experiences that students should get and really enforce it back to the students to make it the best possible so that they can have as much of a good experience as we’ve both had.

What was the best part of campaign week?

A: We both set up our social media campaign the weekend before campaign week. The first couple of days of campaigning we were just talking to people and posting stuff like our silly videos, poems and things that we made. Towards the end of the week, we were approaching people who we hadn’t even spoken to yet, and they were like, “oh yeah, we voted for you; we saw your social media” and that was so empowering and such a confidence boost.

G: It’s nice as well because it gave us the opportunity to speak to students that we wouldn’t otherwise have had the opportunity to speak to before. You don’t realise how much passion people have - we kind of fed off of their passion throughout the week. Getting such positive feedback from people drove us even more. It was so motivating and I loved speaking to everyone.

What was the strangest part of campaign week?

G: The lectures! We’ve only had a handful of presentations throughout our degree, so going and standing in front of lectures was just the strangest feelings. Our hearts were racing and it was so strange. We went into WAD1 and there was over 200 students in there. When we came out I said to Amy, “how do you think that went?” and she said, “I literally didn’t feel anything”, and I felt the same. It was like we were just having a conversation with everyone, like we are now. 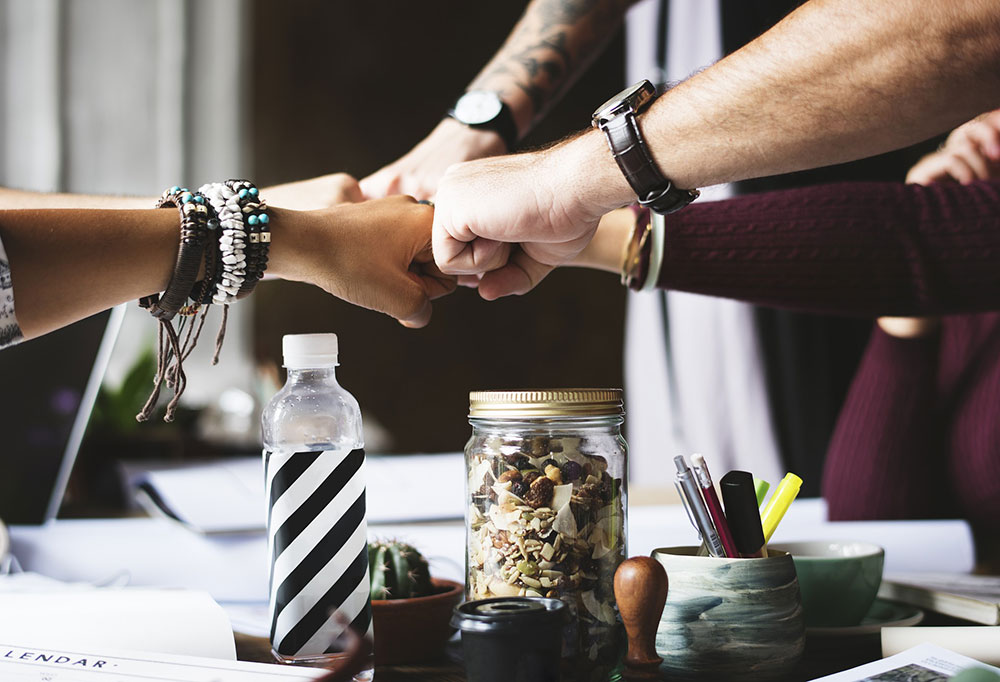 How did you feel when you found out you had won?

A: Absolutely overwhelmed! When my name was read out I was just in complete shock and so excited, but I felt like it hit me so much more when Georgia’s name was read out as well. I think it became more real that us two will be in that office next year.

G: It was like the whole week had been worth something, and the fact that we can work together next year and put all of these amazing ideas put in place. It was just so overwhelming, but at the same time it was like, “wow, can we just start now!”

What part of your manifesto are you most excited to get started on?

G: When I was speaking to students, I was going through my manifesto and I would get to my last point about recorded lectures and you just see their eyes light up. They were like, “that is such a good idea”, so that is the one thing that I’m going to push for straight away. Students have said to me that if they miss a lecture or want to go over it again, then this is something that they really need.

A: I’m super excited to get my social space sorted. I think it was also one of my last campaign points and again, it was one of those things that students responded really well with. I can’t wait to get all my plans and ideas into action so that it can actually happen. As well as that, I’m excited to get the idea for Wednesday’s off university done. It would really enforce the sports teams, societies and extracurricular activities and will give a good experience for students.

Looking back at your campaign, what advice would you give to someone running for an SU position?

G: I think something that we did really well and that we can’t promote enough, is just staying true to yourself and your manifesto. At the end of the day, your initial ideas that you’re really passionate about are the ones that you put forward. You’ve researched that in depth, so staying true to that was one of the reasons we got elected.

A: I think it gives you more of a sense of achievement as well, because once you do get elected, you can look back and say, “that was 100% me and my idea”.

G: Something that was said to us is that you’ve got to avoid comparing yourself to other campaigns. Not once during that week did we think we would win. We thought it would be really nice if we did but we didn’t think, “we’ve definitely got this” because all the other candidates were really strong.

A: You’ve got to sort of put yourself in a bubble. If you know that you want it and you’re passionate about your ideas, students and voters will see that.

G: What was nice about all the campaign teams was that everyone was kind to each other. We had a group chat where we all discussed if we would go into lectures together. It’s nice when you all work together as well, because you’re all going through the same experience and you all need support each other. 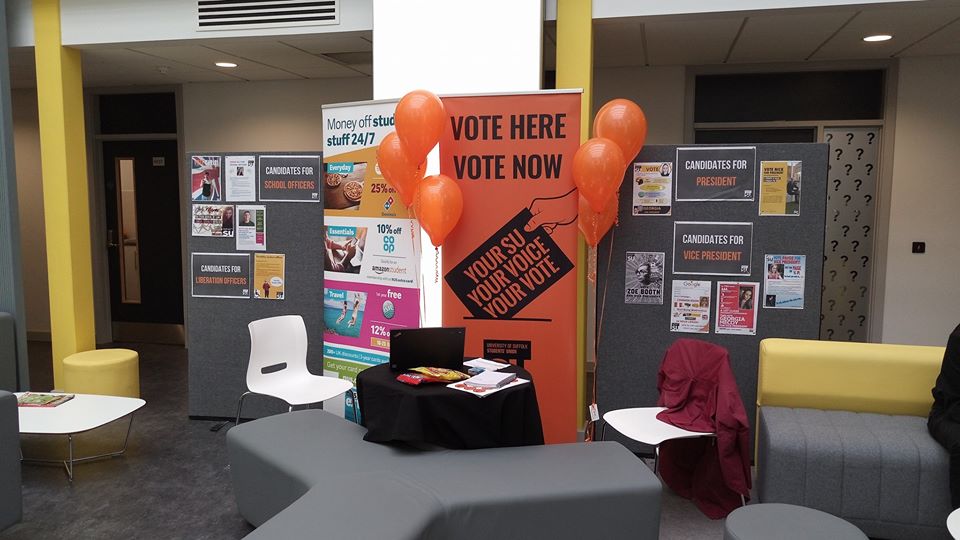 We’re looking forward to seeing what the SU Team will be doing over the next year! During the voting period, students were also able to vote for Part Time Officers, who will represent Schools and Liberation groups. The new Officers are:

Unfortunately, some Part Time Officer positions were not filled during this election. However, by-elections will be in October 2018 to fill various School and Liberation Officer positions. We’re looking forward to another exciting voting period then!