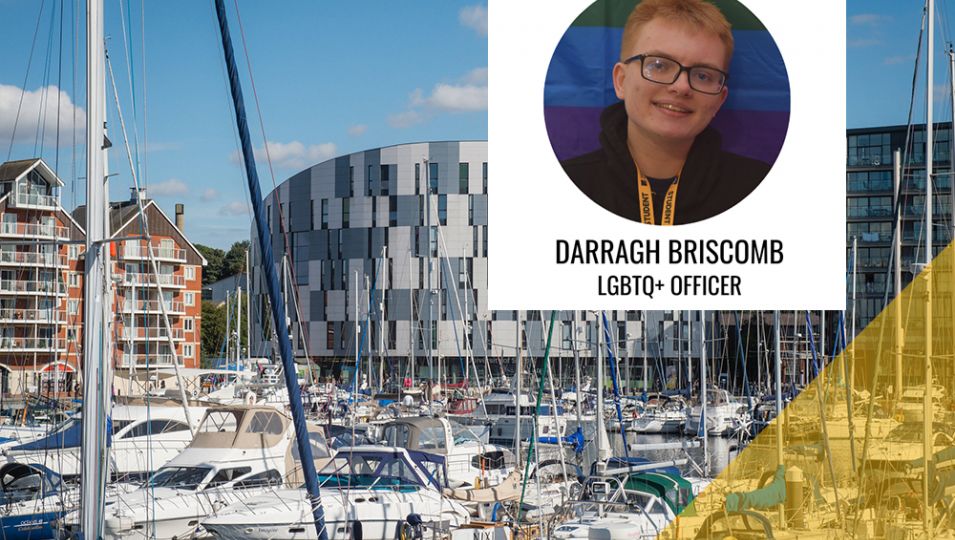 We have a lot of new Student Union Officers working alongside the President and Vice-President. You will be able to meet many of them over Freshers and get involved in events and drop-ins they will run over the year. But for now, get to know them through these interviews and find out what they will be doing over the coming year. Firstly, Darragh is the new LGBTQ+ Officer who was elected back in March.

I’ve been involved in LGBTQ+ activism since I was about 15, and I wanted to get involved at university too. After being involved in a policy consultation, I happened to get stopped and given a leaflet for the officer role and I decided that it was worth doing.

How did you find election week?

It was the most exhausting, yet most exhilarating week I’ve had in a long time. I really enjoyed speaking to other students about what I wanted to do and why they should vote in a student election.

What have you got planned for this year?

I really want to focus on putting health first for students. While support with studying is important, you can’t retain information if your health needs aren’t met. A lot of my campaigns this year are going to be promoting mental, physical and social wellbeing among my liberation group and providing health information that is sometimes difficult to find.

What are you most excited about for this year?

I’m really looking forward to working with the LGBTQ+ Society to hold events and connect with my students, and to make changes that actually impact a person while they’re studying. I’m excited to establish trust and make a difference in my fellow students' lives.

How did you feel when you found out you had won?

I was the only person running for my position, so I knew I had probably won. The turn-out of my cohort amazed me though, and I was elated that so many had decided that voting in a student election was worthwhile.

How can students get in touch with you?

I have a LGBTQ+ Officer Facebook group and I can be contacted by my student email: SU.LGBT+Officer@uos.ac.uk. I’m happy to talk to any student about any LGBTQ+ issues and there are no silly questions or conversations!