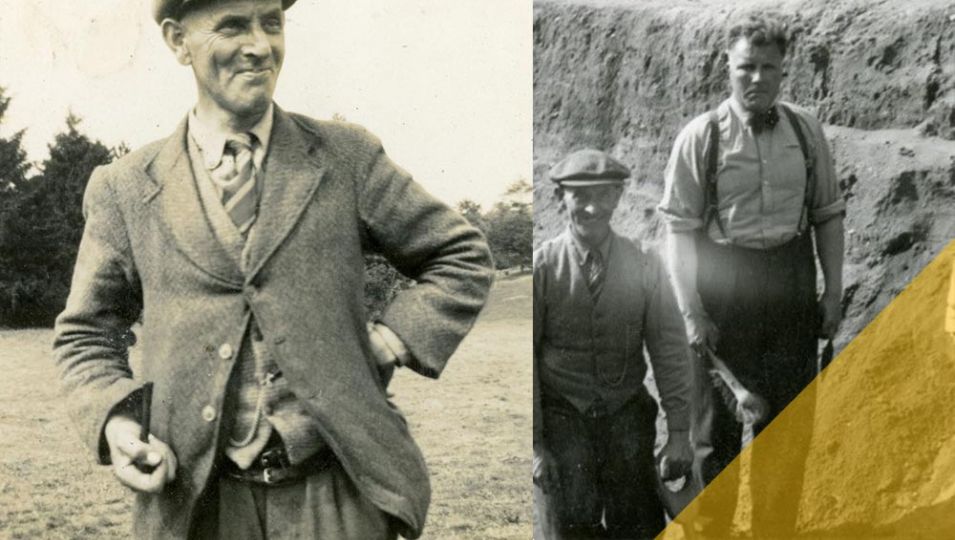 ‘The Dig’ – a British drama film that reimagines the 1939 excavation of Sutton Hoo – has garnered critical acclaim since being released on the streaming service Netflix at the end of January. The story follows Basil Brown, a working-class archaeologist who is hired to excavate the grounds of a wealthy landowner, Edith Pretty. On the eve of World-War Two, Brown and his team make a historic discovery by uncovering the skeleton of an Anglo-Saxon ship buried in the estate. The film has since reignited an interest in the countryside and archaeology amongst fans, whilst others have remarked on the use of the Suffolk dialect throughout the film. The distinctive ‘Suffolk twang’ that is spoken by Brown (Ralph Fiennes) is the outcome of intensive work with dialect coach, Charlie Haylock.

Of course, although increased social and geographic mobility means that the Suffolk dialect is less widespread than it once was say 50 to 60 years ago, many dialect words, grammar, and accent features can be heard in Ipswich today. Just take a stroll along the Quay or go for a spot of shopping at Buttermarket and you’ll be sure to hear some authentic Suffolk dialect spoken by locals.

One of the most recognisable features of the Suffolk accent is the pronunciation of words like dew and tune as ‘doo’ and ‘toone’. Linguists call this ‘yod-dropping’ and it has become somewhat of a stereotype of the area. This feature is shared with the neighbouring dialect spoken in Norfolk where the pronunciation was famously associated with Bernard Matthews’ ‘bootiful’ turkey. Other features which are shared with other local varieties of English include the pronunciation of word final ‘-ing’ as ‘-in’, so working, chatting, and talking become ‘worken’, ‘chatten’, ‘talken’, and the deletion of word initial ‘h’ so words like home and him become pronounced as ‘ome’ and ‘im’.

Whilst these features are typical of East Anglian varieties of English more generally, there are some characteristics of the Suffolk accent that set it apart from the English spoken in the neighbouring counties of Norfolk and Cambridgeshire. An example of this is the pronunciation of the ‘ay’ sound in words like and slightly, as ‘oi’. This gives rise to the pronunciation of like as ‘loike’ and slightly as ‘sloightly’ – the latter of which is seen in title of the tongue-in-cheek Suffolk dialect book ‘Sloightly on Th' Huh!’ by Charlie Haylock. Speakers can also be heard to insert an additional syllable in words like town and down, so these words become pronounced as ‘tow-un’ and ‘down-un’.

You’ve also probably heard the unusual intonation of the Suffolk dialect. Intonation is the rise and fall in pitch. In Suffolk, speakers often use alternating rising and falling pitch when giving a statement. They might also finish a statement with rising intonation that sometimes sounds like the speaker is asking a question.

But perhaps the dialect most recognisable by its extensive vocabulary of dialect words. Speakers of the Suffolk dialect can often be heard using words and phrases like ‘blabber’ (can't keep a secret) ‘whooly’ (very), ‘on the drag’ (running late), ‘atwin’ (between), ‘on the huh’ (wonky), and ‘jip’ (pain). You can have a look at some more dialect words at the Suffolk Dictionary.

So, next time you’re going into town-un atwin lectures, listen out for the bootiful Suff’k dialect that you’re very loikely to hear spoken by the locals – just make sure you’re not on the drag.

The University of Suffolk offers a BA (Hons) English Literature with Language, where students can select from a range of modules in accents, dialects, and sociolinguistics. English is currently ranked 1st for Student Satisfaction in the UK according to the Complete University Guide 2021.